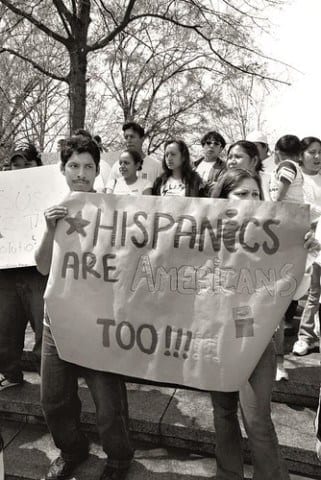 Hi Angela,
This article is really good. I liked how you had so many sources and how well the article was written. This quote ” “The gap between incomes along with discrimination and many other factors adds to another issue that Hispanic families face: insufficient funding for higher education,” reminded me a bit of the book Aftershock by Robert Reich. He goes over the economic inequality gap really well. I appreciated reading this article because it is such an important topic to discuss. Yo sé un poco español. Sin embargo, no escribo muy bien (maybe it’s bueno). Anyways, I think this article is so important, Thank you for writing it.

Hi Japple,
I think your view on Hispanic equality is very interesting. You really seem to know what you’re talking about. You backed up your views with sources and statistics very well and it convinced me of your argument even more. Very well written!