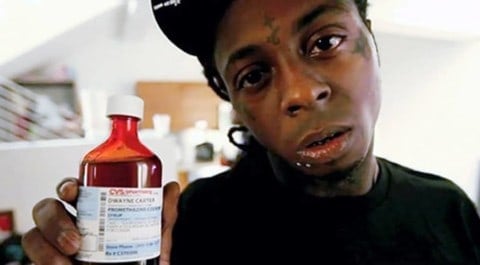 Warning: This article contains explicit content on the use of codeine in Hip-hop. Coarse Language involved.

Nowadays drugs and rap practically go hand and hand. It’s common knowledge that most rappers are quite open about their drug use through music and interviews. However, has the use of drugs in hip-hop gone too far? With the rise of the new codeine craze in hip hop, and the recent events around underground rapper Fredo Santana, the debate of drug use in hip-hop have never been more prevalent.

Now before we get to Fredo, let’s take a quick look at eh history of drugs and hip-hop. Believe it or not, there was a time when hip-hop artists advocated against the use of drugs. In the early days of hip-hop, most rappers used their music to condemn the use of drugs. For example in Run DMC’s 1989 hit Pause, they preach:

“Well if it’s dope, I hope it’s not crack
Or coke, or nuttin like somethin you EVER smoke
And if they offer you some say NO”

“And a fat a** J, of some bubonic chronic that made me choke
S**t, this ain’t no joke
I had to back up off of it and sit my cup down
Tanqueray and chronic, yeah I’m f****d up now” – Snoop Dogg, Gin and Juice

For the next couple of years, rappers would talk about smoking weed or having to sell drugs to support themselves. However hip-hop would drastically change with the introduction of the lean culture craze. Codeine is an opioid that can be bought over the counter for coughing. When used recreationally, it is typically mixed with soda-pop. Codeine is commonly referred to as lean, drank or syrup in the hip hop. The lean culture started with Three Six Mafia’s 200 hit single Sippin on Some Syrup.

“Something that’s wholesome, Florida to Folsom
For the most, I’m steady sipping on some sizzurp” – Bun B, Sippin on Some Syrup

Although Three Six Mafia were the ones to bring Lean Culture to Hip-hop, it was not popularized until southern rapper Lil Wayne hit the rap scene in the late 2000’s. Wayne was a large user of lean and really popularized the use codeine in hip hop. In his hit 2008 song Me and My Drank, Wayne raps:

“One more ounce will make me feel so great
Wait..now i can’t feel my face
up in the studio me and my drank” – Lil Wayne, Me and my Drank

Nowadays, Lean is just as popular in rap songs as marijuana. Rappers and rap groups like Young Thug, Migos, ASAP Mob, and Chief Keef have been very open about their use of codeine. Of the new school rappers, none have been more successful nor as influential as Future. Future has become the new face of codeine rappers.

However, the over use of codeine has great side effects and potential health hazards. Throughout the years, lean has taken a toll on most of the rappers in this article. Pimp C of Three Six Mafia died from a Codeine overdose. Lil Wayne has suffered from serious seizures within the past couple of years. He and his record label blame it on his epilepsy and medications, but many fans, artists, and doctors believe it is due to his large consumption of codeine. In the most recent case of codeine overdose, 27 year old underground rapper Fredo Santana suffered from kidney and liver failure on October 6th. In a twitter post he sent out on October 13th, Fredo:

It should also be known that Fredo is from Chicago and is the older cousin to Chief Keef. After his close run in with death, Fredo has come out and stated that he has decided to go to rehab and advocate to stop rappers and youth from using and abusing codeine.

“Hopefully I can be the face to sho n****s to slow down an we got our whole life ahead of us f**k being rock stars gettin high I got ptsd..” – Fredo Santana

In their defense, lean rappers claim that sizzurp helps their creativity and composition of music. After all, Futures recent album HNDRXX reached number 1 on Billboard’s top 200 in its first week; Lil Wayne’s Tha Carter III is the 40th highest sold album of all time; while Three Six Mafia is one of 3 rappers to win the Oscar for Best Original Song for their 2006 single It’s Hard Out Here For a Pimp. Not to mention that many other historical artists used drugs to fuel their creativity. Andy Warhol used obetrol and allegedly did cocaine, Mark Rothko used antidepressants, Jackson Pollock and Earnest Hemmingway were alcoholics, and even Stephen King was an alcoholic and a heavy cocaine user.

The pro’s and cons of the use of codeine in rap is unclear. Some would argue that the gains outweigh the means. If using codeine to create a song can help you rake in millions of dollars, than by all means use lean. On the other hand, is it worth it to destroy your body in the name of pursuing fame and fortune. In any case, lean has become the new face of hip hop. Many of the new, trending rappers sport the iconic styrofoam cup and purple drink.

Lets be real…Lean/purp/oil came from the “3rd coast” which is Houston/Hustletown/Htown, period. Then all the other misc rappers stole the swishahouse show or tried to, htown rap made it popular.

Dear Keaton,
I am intrigued by your post because you explain how rap has changed throughout time. One thing you said that stood out to me the most was mentioning how it has impacted some of these rappers lives like Lil Waynes. You mention how he has had a problem with seizures, and he is not the only rapper that has had internal problems due to the drink usage of lean. I love how you say “Some would argue that the gains outweigh the means. If using codeine to create a song can help you rake in millions of dollars, than by all means use lean. On the other hand, is it worth it to destroy your body in the name of pursuing fame and fortune.” I think this is interesting because you state both sides of arguments.

Dear Keaton,
I am intrigued by your post because not many people post about drugs having a positive effect for anything. Saying that codeine could help make a million dollar hit is something new because when people talk about hits it mostly involves violence, guns, and gangs. One thing that stood out was “The pro’s and cons of the use of codeine in rap is unclear. Some would argue that the gains outweigh the means. If using codeine to create a song can help you rake in millions of dollars, than by all means use lean.” because the pro is greater from the cons but nothing is promised.

Dear Keaton,
First I love to articular and the idea and support most of your points. The only problem i have with it is some rapers don’t do drugs but the ones that do are talking about there experiences with drugs like how they had to sell to get out of where they came or how drugs is the only thing that keeps them from thinking about the rough come up. I’m not saying it is right but still there is all ways to sides to a story. other than that is was good and enjoyed it.

i am interested in your post because it really shows how the rap world has such a impact on everyone but also they do have a good impact like how most successful rappers like migos famous dex chief keef and lots more have lived a life of crime and turned there life around for the better focused on music and made it.

I am intrigued by your post because over the past years rappers have been consuming a lot of drugs. One thing that stood out to me is when you said “Believe it or not, there was a time when hip-hop artists advocated against the use of drugs. In the early days of hip-hop, most rappers used their music to condemn the use of drugs.” I think this interesting cause nowadays most of the rappers be rapping about doing drugs and all this other stuff.

Keaton, I enjoy your article very much to spread the awareness of using codeine by rappers. However, I believe that a lot of it is just the rappers are talking about it more than just acting on it, and yes, this is a terrible example to their fans. I’m not saying that the rappers are just talking about it and not using drank, but I am saying I believe that they are talking about it more than they actually use it. For example, Gucci Mane was a huge advocate of drugs such as lean and alcohol in his early rap career, and he was overweight. When he came out of prison, however, everyone got to see how much better he looked as a person, lost nearly all of his body fat, and that was when he began talking much less about drugs and alcohol (He still does talk about them just not as much as he used to). Also the reason Gucci was actually sentenced to prison for two years was because he was pulled over high off of codeine and there was around 15 bottles of it in his vehicle with him. I do believe that you are correct in saying how the use of codeine in rap songs and in the rappers lives is bad, but there are still several prominent rappers that do not support the use of codeine.

Dear Keaton,
I am interested with your post because that is very true. Many rappers overuse lean and marijuana not knowing the consequences. Yea it may cause them to be more creative and rake in millions of dollars off of hits but it could shorten or effect their life forever. Lean is one of the worst types of drugs to take because of the effects on the body but they seem not to care and want to portray a ” hood” look.

One thing that stood out to me is Lil Wayne having seizures because of him drinking lean earlier on in his life which is terrifying. Many rappers just because they haven’t experienced anything bad in life yet feel like they should keep doing it till they notice it’s harming them.

I am interested by your post because It’s amazing to see how rap has changed within the last 20 years. One thing you said that stands out to me is that, “Believe it or not, there was a time when hip-hop artists advocated against the use of drugs. In the early days of hip-hop, most rappers used their music to condemn the use of drugs.” I think this is sad because nowadays, drugs are used as a “positive” resource for rappers.

I agree what your saying with rappers and how they do a lot of drugs but most good rappers actually don’t do drugs. For example 50 Cent, J Cole,Eminem,and etc. what I’m trying to explain to u is that not every rapper does drugs.