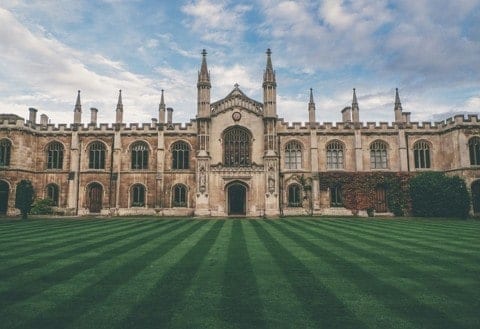 Thomas Jefferson reformal of higher education had a set goal to help boost disadvantage people in terms of education. Higher education is meant to benefit two parties: the students and government. Higher education provides students with the opportunity to meet new people and new experiences, as well as giving them a chance to grow, but most importantly through it all, they are being educated. And through knowledge, it boosts their economic prospects. According to the Higher Education Article, “An investment in a four-year degree offers a return of around 15% a year for somebody working until the age of 65.” This means that a degree offers a 15% economic gain from the amount spent in higher education.

Government expects three things from higher education: research, human capital, and equity. In regards to research, America surmounts other countries in that, “19 of the world’s top 20 universities in Leiden University’s ranking of most-cited scientific papers in 2014 were American.” In regards to human capital, though, that’s where America needs a little more help. America’s graduation rates are dropping slightly since it’s last peak in 1995. Graduates are also below the average numeracy and literacy rates most likely due to the poor performances in American schools. Lastly, in regards to equity, America also is falling short. There is gap in graduation rates between the rich and poor which really has to do with tution fees.

Tution fees have doubled over the course of the past twenty years. By the rising tuition in schools, it’s leading to more and more student debt, leaving the possibility of the federal government to be in debt. Higher education can be seen as a business. “Universities are paid on the basis of research, not educational output,” meaning there is no real way of measuring educational improvement or educational impact and so it must be relied on the research produced. This leads to students not going to schools primarily for education rather for the degree in order to tell employers that they graduated from a certain school. Degrees seems to have its own economic system, where degrees are the products. Harvard degrees are valuable because there is not a lot of them, therefore there is not incentive to make them cheaper. This could be the primary reasons as to why universities fail to reach equity. “People are prepared to pay through the nose to buy advantage for their children, so top institutions charge ever higher prices and acquire ever more resources, while those at the bottom get less.” Just recently we heard about wealthy people and a few other celebrities bribing their way for their children to get into prestigious colleges making those who don’t have money a chance to get in because the universities are getting paid so much.

Patricia, it’s cool to see that someone else choose college as a broader topic for their research! It is interesting to see the problems within a college after admissions, especially the part that discussed a colleges focus on research rather than their students. It is weird to see that while the United States wants there to be equity within colleges, they determined that quota systems are unconstitutional in the Grutter Decision. (https://www.oyez.org/cases/2002/02-241). I’m interested to see a more detailed dive into how the United State’s College system is failing its students. Best of luck!

Patricia,
This is a very interesting post and I think it is even more relevant with the recent admissions scandal. I especially liked the way you talked about the economic benefits of college and cited data for that. You used a lot of good examples to get your points across like when you said that ” Harvard degrees are valuable because there is not a lot of them, therefore there is not incentive to make them cheaper.” Here is an article you may find interesting: https://www.nytimes.com/2019/03/13/us/college-admissions-race.html

Patricia,
This is a super important topic as most of us are about to go off to college or an equivalent institution. Mainly I think the most important thing is the rising tuition costs and how it really can effect people from the impoverished to the upper-middle class. Also, the mention of how some institutions are run as a business with less focus on the education of the student is something that people don’t pay attention to especially in regards to the most prestigious schools.