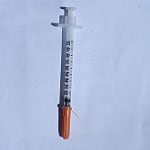 Heroin is a narcotic drug that is extremely addictive  and dangerous. The main way people use the drug is to insert it with a needle, snort it, or smoke it.  When the drug is taken, it quickly enters the brain and disrupts communications in parts of the brain associated with pain, pleasure, breathing, heart rate, and sleep. Effects of taking the drug when high consist of: euphoria, decreased anxiety, heavy limbs, itching, fatigue, nausea, labored breathing, etc. I live in Berkeley and when I go to downtown I see many homeless people that have clearly been affected by drug addiction. My dad’s old friend had a son that was in his twenties who was addicted to heroin.  He became very depressed as an addict and was living in a van. He would constantly get into car crashes around the city and be arrested for DUI’s. His father wanted him to go to treatment programs but his son was so hooked on the drug he felt it was impossible to quit. It’s such a sad thing to see as a parent, watching your son’s life getting completely ruined by a drug.

As far as the solutions to heroin addiction, Addicts attend rehab centers and hospitals in order to take a break from drug use. However, withdrawal symptoms of heroin are extremely painful and can take place 24 hrs after discontinuation of the drug. Withdrawal symptoms consist of sweating, agitation, physical restlessness, cramps, sneezing, runny nose, diarrhea, cold sweats, nausea, and bone aches. For this reason, a lot of cases show that once an addict leaves a rehab center or hospital after not taking the drug for months, they start using the drug again and experience symptoms like depression and anxiety.  However, treatment programs are important because they teach you more about the drug and what it does to you, which in a lot of cases motivates the user to quit and look towards getting their life together. Another solution to prevent or discontinue heroin addiction is to take the medications such as Methadone and Buprenorphine. These prescription drug helps alleviate symptoms of withdrawal and cravings for the drug. This medication has also been effective in attracting addicts who have been taking methadone to come back to treatment programs and keep using the medication. It’s almost like an addiction itself. Most treatment programs incorporate the use of methadone when treating patients and this combination seems the most effective in making a heroin user quit.

Feedback on this blog would be helpful, so comment below!

Hi Conor. I agree with you that this is a big problem. I think everyone knows someone who has been affected by drug addiction. I like your solutions as well, but I also think some good solutions involve changing the law. Here is a website that can elaborate on this: https://www.cdc.gov/drugoverdose/policy/laws.html .