Here’s how Russia’s new weapon would leave us defenseless.

Home Here’s how Russia’s new weapon would leave us defenseless. 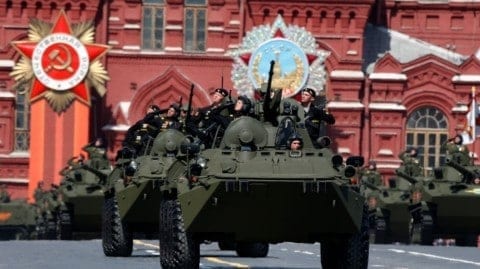 Ever since the beginning of the Manhattan project in 1942, humans have been obsessed with the inhalation total of one another.  And after it’s completion, that power leveled 2 cities and cost hundreds of thousands of human lives in the process, and we thought that was the end of the nuclear era, right?  But we couldn’t have been farther from the truth. This was only the beginning.

The 50s brought a new, long age into our history.  The Cold War. The Cold War led to all sorts of debacles for almost 5 decades.  Ranging from the space race, to the stockpiling of nuclear weapons. Flash forward to the end of the USSR, and the creation of Russia, with many scientists, and vital bits of information.  The USSR eventually developed ICBMs, which eventually (flash forward to December of 2019) led to the creation of the Avangard, the world’s first hypersonic missile.

The Avangard doesn’t lack in any category or class at all.  It’s capable of carrying a warhead with a 2 megatons, and it can travel 27 times the speed of sound.  Faster than anything we have, including our own Iron Dome defense system. On top of it’s incredible speed, unlike any other ICBM, it has extreme maneuvering capabilities, rendering any missile defense systems useless.  Vladimir Putin has since claimed the creation of Avangard as a result of the United States creating a missile defense system that no Russian missiles would be able to penetrate. The pentagon has since released information that the United States is still developing such weaponry as to not leave us completely defenseless in case the worst happens.

I am impressed with your post because it grabs the attention of how important it is to know what Russia has in their offenses and defenses. I think it’s impressive how Russia and the United States are in a dispute with each other on who has the best and most powerful technology and military-based weapons.

One sentence that you wrote that stood out to me was, “Vladimir Putin has since claimed the creation of Avant Garde as a result of the United States creating a missile defense system that no Russian missiles would be able to penetrate. The Pentagon has since released information that the United States is still developing such weaponry as to not leave us completely defenseless in case the worst happens.” I think this was a very important sentence since it really depicts what the U.S. and Russia have going on when referring to their defenses and weaponry.

Thank you for your writing. I look forward to what you have to write about next because you really have some interesting topics and how you go in and give an explanation and not only that, but you elaborate also. I would really like to know your options or thoughts about this too.

Dear charlie,
I was very interested when i saw the name of this post and it was scary to read that people are capable of making such terrible weapons. Something I would recommend you look in to is the use of cyber warfare. Cyber operations have been making strides in the world of war and It could effect us if we ever got into another cold war situation.
https://www.afcea.org/content/pros-and-cons-cyber-command
This is an article about cyber operations and I recommend you read it.
-Samuel

I am interested by your post, “Here’s how Russia’s new weapon would leave us defenseless”, because apparently the weapon you speak seems to be a fairly strong weapon. It is also good to know what the nuclear missile can do.

Thanks for your writing. I look forward to seeing what you write next, because that missile seems to be very interesting. Especially what it can cause. Also, why did they make that missile if it is very powerful, like what purpose was it made for?