Helicopter Parents: Do They Really Allow Their Children to Soar?

Home Helicopter Parents: Do They Really Allow Their Children to Soar? 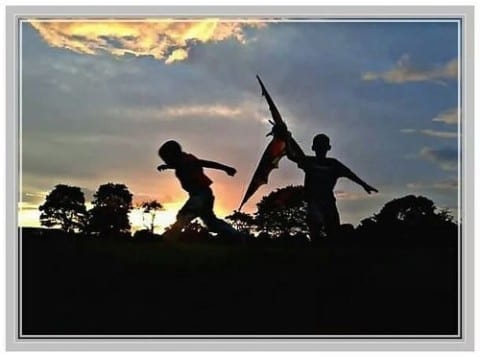 When a couple first has their child they see it as the light of their world. In the next few years, they see their child take their first steps, say their first words, attend their first day of school and then in a blink of an eye their little bundle of joy is all grown up, bound to go to college and establish themselves. This process can be a difficult time for both parents and their children. The urge to “baby” their children even though they have grown up is common for all loving parents. However, when parents begin to overprotect and get over-involved in their child’s life, they can be considered “helicopter parents”. Researchers have found that “helicopter parents” cause long-term setbacks to their children’s development including lower levels of psychological well being, and a harder time adjusting to college and into adult life.

Most “helicopter parents’ claim that they are doing what is needed for their child to grow into a successful adult. This can be true, most psychologists have concluded that “ good parenting is less about pushing one’s offspring to be independent at a certain age than being responsive to what a particular child needs” (Strauss 2). The effects of this style of parenting can be seen in a study conducted by the Southwest Educational Development Laboratory, “ students with involved parents, regardless of income and background, earned higher grades and enrolled in more rigorous programs” (Oglesby 2). However, due to the lack of understanding from overbearing parents that their children suffer many long-term effects, their children continue to remain dependent on their parents help as they start to get older.

Caused by pressure to become the best, the children of helicopter parents often suffer higher levels of stress and anxiety. A study published in the Journal of Marriage and Family shows that adults without the intense support of helicopter parents have better psychological adjustment (Jayson 1).  Overbearing parents do not allow their children to live independently, and because of it, their children never figure out to learn from their consequences. Published in the journal Social Spectrum students who have hovering parents were reported to have significantly lower levels of psychological well being and consumed more medications (Jayson 1). Lower levels of psychological well being cause depression, drug abuse and higher rates of suicide. During puberty, teenagers often experience a time of change physically and mentally. “Their bodies are being flooded with hormones and they get angry and upset easily” (Hellmich 1) . While trying to make a life of their own helicopter parents often hinder them from living independently. This can cause strained relationships and causes more stress on the already stressful experience.

Colleges encourage parents to “let go” of their children and allow them to live independently.  Laura Padilla Walker, a lead author of the Journal of adolescence and professor of human development says “They may already be less engaged in school, so the parent is stepping in to try and help, or it could be the parents have hovered so long that the child is not taking their own initiative” ( quoted in Jayson 1). Helicopter parents attempt to help their children by taking control over their lives. Through decisions such as what college they may attend, the extracurriculars they participate in, and so forth they make their children dependent on another person making decisions for them. “38% of 438 undergrads said a parent” solves any crisis or problem I might have. 41% said a parent looks for jobs for them or tries to find other opportunities such as internships or study abroad. 15% said a parent “intervenes in solving problems with my employers or professors”( Jayson 2). These experiences allow people to understand responsibility and push them to work harder next time. By taking away these problems helicopter parents lower their children’s ability to take control.  After realizing how prevalent “helicopter parents” are many schools are now starting or expanding events to inform parents about their children’s life at universities including health insurance, dorm life, financial aid, academics, alcohol abuse and policing (Gordon 1). By allowing parents to learn more about their child’s life outside of the home, colleges hope that parents are able to give more freedom towards their children.

The children of helicopter parents take longer to transition into the real world.  Levine, a

clinical psychologist says that these children are “not equipped with the skills required to become successful adults especially creativity and the ability to work in teams” (quoted in Oglesby 1). Helicopter parents frequently intervene in conflicts that may help their children develop skills to collaborate with others. This can become a major handicap in professions that require good communication skills. Due to recent recession in jobs, most helicopter parents try provide living expenses to help get their child started in their career. “63 percent of millennials had jobs in 2012, compared to 70 percent of young people the same age in 2007” (Skinner 1). However by living at home it costs more money, takes longer and hinders their children from establishing themselves. The age of adulthood continues to go upwards due to “the combination of high rents, and an unstable job market, increased college attendance and delayed marriage”  (Paul 1).

As our society continues to get more competitive and standards for colleges grow, parents enforce excessive control over their children. This leads to higher levels of stress, longer periods of time to transition into college, and eventually adulthood. The borderline between “good” parenting and overbearing parenting becomes finer, due to the rising pressures of society. As parents release their children into the unforgiving adult world, they need to examine themselves and take caution before they unknowingly bring harm to their children.

Hi Jeana! I really enjoyed reading about your topic, and although I haven’t really been subjected to helicopter parenting, I know many of my peers who have been. Having older siblings, it was easier for my parents to parent me, since they had past examples of faults and rights and wrongs of parenting. There willingness to let me try new things, come out of my shell, and experience the world as my own has really helped my emotional and psychological development since an early age. Although “helicopter parents” mean well, there are many bad outcomes tied to their actions. For more about the effects of helicopter parenting, you can check this link out: https://www.psychologytoday.com/blog/when-your-adult-child-breaks-your-heart/201701/the-effects-helicopter-parenting Great job!!

Jeana, I really enjoyed reading your post and this is a compelling topic for me, as I many times feel that I am subjected to helicopter parenting. I agree that this method of parenting can be done in both beneficial and harmful ways to the child. This has been a topic of interest recently as more and more college students arrive to college with an ineptitude for independent functioning. It interests me just how many different factors play into the reasoning behind being a “helicopter parent”. I found an interesting article that you might like to take a look at that shows the correlations between helicopter parenting and college binge drinking later in life: https://www.theatlantic.com/magazine/archive/2016/09/how-helicopter-parents-cause-binge-drinking/492722/ . You chose a very enticing topic and displayed credible, thorough research of your topic. Good job!