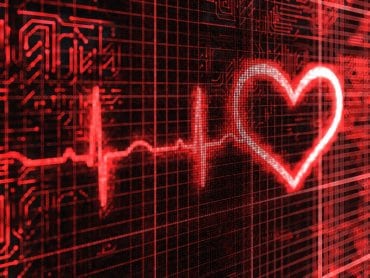 George Orwell uses auditory imagery to emphasize Winston’s feelings that he had after receiving the letter from Julia. Winston had just received a letter from Julia and did not know what was in it. Orwell stated, “His heart bumped in his breast with frightening loudness” (Orwell, 107). Winston wasn’t sure on how to sort out the feelings he had in his chest based on the letter that was given to him. He was afraid of thinking that the letter was the sign of his death. The author uses auditory imagery in this quote by writing the words “frightening loudness” instead of just saying that his heart was beating rapidly. When Orwell used the word “frightening,” he wants to give the readers a similar feeling just like how Winston felt when he received the letter. He also used the word “loudness” to activate the reader’s sense of hearing and focusing on Winston’s heartbeat. They could imagine Winston’s heart beating fulminating. Orwell decided to include this in the novel because he wanted the readers to understand the emotion that Winston had knowing that he was in danger for wanting to rebel against the Party.

I think this is a very good analyzation of the quotation for George Orwell’s book 1984. I agree with you, i think that he included the describing words “frightening loudness” to emphasize his passion and emotions during this part of the book. I think by adding these descriptive words to a book, it makes the book a lot more appealing to the reader and much more descriptive and fun to read.

Here is a good article analyzing the overall writing style of George Orwell, you should check it out!

Very interesting topic, Taleb. I really enjoyed the novel 1984, and I hope you enjoy the rest of the book. Your comments on auditory imagery are insightful, specifically, when you mentioned how the author uses “the words ‘frightening loudness’ instead of just saying that his heart was beating rapidly.” This posed as a very important addition as it clearly explained why the author made use of such a powerful coupling of words. If you would like to learn more about auditory imagery, please read this article: https://academic.oup.com/cercor/article/9/7/697/270766. I look forward to reading more from you on this topic in the future.