Home Hear Me Out 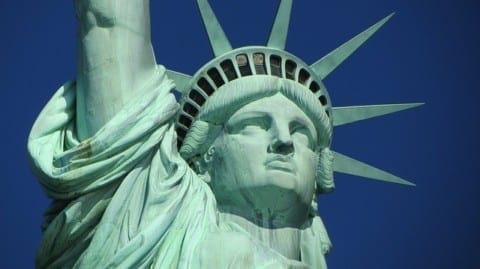 My name is Julia Aleman. I researched throughout my time about the attack in Charlottesville. During the Charlottesville rally counter protesters marched along to defend their rights as people and protest. White nationalists did not like the idea of these counter protesters walking down their streets. Harm was handed over to the anti-racist protesters, by a white supremacist. In my search for the story, I gained more of an advantage of some footage from an actual protester in the scene of the crash. The man crashed over the crowd of people, causing him to murder one person and at least 28 injured.

My experience growing up as a teenager in America was actually quite difficult for me in my time, and even is still now. Before I even started school, everything in my surroundings were a caution. If I spoke aloud, I’m disrespecting someone else. If I need something, I’m clingy. Kids used to tell me that only certain people get to speak whatever they wanted without anyone else’s approval. Up until now, I sometimes manage to keep my mouth shut and become polite to everyone that walks up to me. Using my voice is the only strong tool that I use in public, but there’s always a breaking point, and I have more courage than I ever did. Our voice is the most important piece that makes us who we are.

I want our elected leaders to prioritize into education. It’s the key for us to become someone we want to be and for us to be prepared for the real world. It provides students with ideas, organization and skill.

One solution would be students in our generation in schools still do not have the manual resources that they need. Public schools should be funded more, that way we wouldn’t have to worry about our supplies being empty. It’s important to have what we need to be able to reach to success.

I’d wish America would stop being such a big problem. We shouldn’t be involved in other countries business, worry about ourselves. People in this economy deserve a better country and a much better leader. I would wish that everyone would mind their own little things, keep their distance when wanted and every single person has a right to be themselves.

Thank you for listening and for your understanding.

My name is Oliver Oelsner, I am a senior at Judge Memorial Catholic High School. I really made a connection with what you have to say that, “Our voice is the most important piece that makes us who we are”, and also I fully agree, that we need to improve our education in this country immediately. Our voice is the most powerful weapon we have and it can be used to take down the bad and defend the good. We can make a difference in this world if we use our voice correctly, by peacefully protesting, and not domestic violence between one another. I also can not agree more about public education. Our education system does not get enough attention like other countries and sadly its funding is not going to where its needed. Other countries in Europe put a lot of time and resources in there education system and so more then 95% of kids in those countries are highly educated and happy, while in Utah they built a new football field for one of our public schools instead of putting it into educating kids where its highly needed. I really enjoyed your post on this issue.
Thank you very much,
Oliver Oelsner

I am interested in your post because i like your thoughts on America’s foreign involvement and the importance of using your voice. One sentence you wrote that stands out for me is “If I spoke aloud, I’m disrespecting someone else. If I need something, I’m clingy.” I think this is important because i feel like this is a very powerful statement because it makes us seem like we are in the wrong at all points of time.

Thanks for your writing, I look forward to seeing what you write next.

My name is Rebecca and I am a junior at Okemos High School. I really appreciate your honesty about growing up as teenager in America. I agree that this is already a tough time in our lives and having pressures from the government pushed on us can be too much. What really stood out to me in your piece was “If I spoke aloud, I’m disrespecting someone else. If I need something, I’m clingy.” I feel this is a very powerful statement because it makes us seem to be in the wrong at all points in time. You are correct when you say our voices are our most important feature, and I think they need to be shared.

Thank you for the interesting research!

I like your thoughts on America’s foreign involvement and the importance of using your voice. I’ve read a few of these posts, and I thought you were nice and clear about the specific change you want to see in the government, and it was good to see that you provided an actual solution to the problems you addressed. Be sure to proofread in the future- some of your sentences are not complete thoughts.

Thanks for the opportunity to read a little more on the Charlottesville rally!