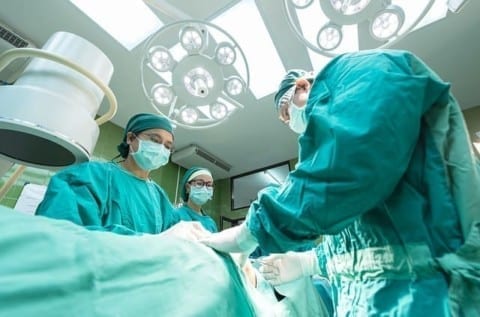 In the United States of America our citizens do not have the right to health care it is considered a privilege. We have to pay around $200 a month for healthcare deterring many people away from the idea of buying insurance. This leaves many people vulnerable to not receiving medical care when it is needed and if they do receive it they are left with medical bills with very high prices to go along with it. An argument against making healthcare a right is that if we make healthcare free we will increase our nation’s debt immensely. According to Should All Americans Have the Right (Be Entitled) to Health Care?, Canada, a country that provides a universal right to health care, spends half as much per capita on health care as the United States. Bernie Sanders also said “At the individual level, the average American spends about $7,900 per year on health care. Despite that huge outlay, a recent study found that medical problems contributed to 62 percent of all bankruptcies in 2007.”

Making healthcare a right and not a privilege allows people to receive medical attention when it is needed. According to Health Care Is a Right, Not a Privilege, written by Bernie Sanders, states at a time when 60 million people, including many with insurance, do not have access to a medical home, more than 18,000 Americans die every year from preventable illnesses because they do not get to the doctor when they should. This is unacceptable, we should be able to treat everyone that is in need of medical care.

I concur with you about universal healthcare in the U.S. I think a valid point you made in the argument was that healthcare for everyone would save lives. You could have added more evidence and make it specific because it seems incomplete. To add on with what you said about healthcare saving lives, Massachusetts began requiring health insurance for all residents. Benjamin Sommers of the Harvard School of Public Health in Boston, said that about “320 lives were saved annually from this”. (1).
Consequently, Harvard researchers from a 2009 study said “lack of health insurance is associated with as many as 44,789 deaths per year”. This means about 40% of people who are not insured with health insurance end up dying. (2).

In addition, another reason healthcare should be provided to everyone in the U.S. is that instituting a universal healthcare would save money. First off, a study conducted in the year 2013 showed us “if everyone had access to healthcare spending could be lowered by $592 billion in the next year.” (3). Also, healthcare spending in the United States reached $2.1 trillion… 54 percent of that comes from a private sector. With a universal health care system, companies would keep that money, in the long term saving money. (4). You can see that if healthcare was provided for everyone, there would actually be more money saved than wasted.

Overall, healthcare should be provided for everyone. From the reasons provided, lots of money would be saved from instituting healthcare and a lot less people would die. Healthcare is just as important as any other controversial topic for example, education is free but healthcare is not. Why invest money on teaching people but not have an option to get or give someone care when they need it?

Healthcare is a big issue in America and everywhere it is one of the most divisive issues today. I think we need to have a larger focus on fixing it.

Obviously, healthcare has become a very controversial subject over the years. It has become so expensive that many americans are left behind and cannot afford healthcare, which leads to many problems in itself. I think this is part of a larger problem as well, the problem of the lower and middle class being left behind in our country. Healthcare should be a universal right for every citizen.