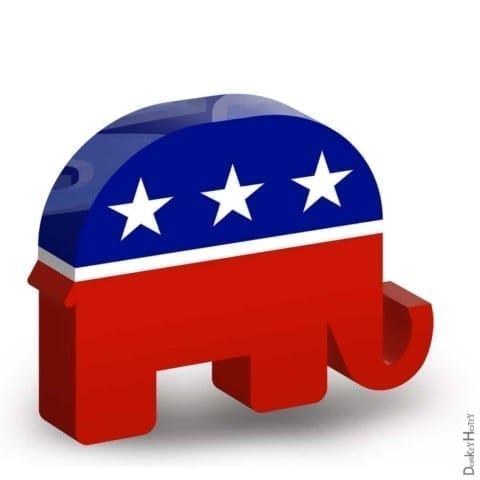 In 2009/2010, Paul Ryan criticized Democrats for not reading the whole ACA and passing it on a whim, and yet, this year, republicans are openly admitting to having voted for the bill without reading it.  Of course, passing a bill without reading it is abhorrent, but what disgusts me even more is the open hypocrisy displayed by the conservative representatives.  Many say that this always happens in politics, when the other party has done something deplorable, it is fine to comment on it, but when your party does it, that’s okay.  In fact, when I told my mother about this flagrant hypocrisy she said, that’s just politics, but should we really be at a state where the politics of the country are so bad, that we can just accept people who control what bills go to the senate, one of the most important jobs imaginable. are allowed to just do things that they accept as bad.  The American people should not be forced to accept such terrible politicians.

Republican Chris Collins stated in an interview with CNN’s Wolf Blitzer “You know, I have to rely on my staff, and I could probably tell you that I read every word, and I wouldn’t be telling you the truth, nor would any other member,” he said. “We rely on our staff, and we rely on our committees, and I’m comfortable that I understand this bill in its entirety, Wolf, without poring through every word.” (Think progress)  Now, Collins does not believe that he has done anything wrong, but this is a bill that could get millions of American citizens killed, and not making sure that you know the important aspects is necessary.  In fact Collins should not have been so comfortable, because “Later on Thursday, Collins admitted that he didn’t know the AHCA will cost New York $3 billion in federal funds — money that’s used to insure 19,000 of his constituents.” (Think progress).  But Collins wasn’t the only one who didn’t read the whole bill, Mark Sanford read the bill in a way that could let you read a 400 page novel in 4 seconds flat, he “I turned through every page,” Sanford said. “As to whether or not I got through some of the details on some of the pages, no. But yes, I attempted to read the entire bill.” (Think Progress).  Paul Ryan, after the Obamacare vote, said, “I don’t think we should be passing bills we haven’t read” and look at him now, House majority leader of the congress which provided every quote above.

Oddly enough, the host of a satirical late night show, Late night with Seth Meyers, who pointed out this hypocrisy on his segment “A Closer Look” got a response from Paul Ryan after jokingly putting clips of Ryan criticizing democrats next to clips of republicans doing the thing Ryan was criticizing.  Ryan defended his words and actions with an email to Meyers’ show,  Ryan stated in this email that the bill wasn’t rushed because the only recent addition was a three page amendment, but no matter how rushed the vote was, people still didn’t read it, also, that amendment was instrumental to the bill, and having a vote before people could read that amendment was deplorable no matter what Ryan says.  The fact is, Republicans hate Obamacare, and they cared more about removing Obamacare than they cared about checking the bill they voted on to make sure it was okay, and people may refute this claim by saying that the first attempt to repeal Obamacare was thrown out, but that is because it had some aspects of Obamacare, that bill was in fact thrown out because the freedom caucus (especially conservative republicans) did blindly hate Obamacare.  Overall, this bill wasn’t passed to help people who need healthcare, it was passed because conservatives have a seething contempt for Obama and everything he did and think that republican voters will re-elect the people who repealed Obamacare

I am amazed about your post, “Healthcare Hypocrisy,” because you explained deeply how you felt about Republicans and their action. Not only did you clearly state your opinion, you used direct quotes the people said to support your ideas. This made it more and more convincing to the reader.

One sentence you wrote that stands out for me is: “You know, I have to rely on my staff, and I could probably tell you that I read every word, and I wouldn’t be telling you the truth, nor would any other member”. I think this is ridiculous because something that could affect the whole country in the present and future isn’t being given 100% attention.

Another sentence that I liked was: “Oddly enough, the host of a satirical late night show, Late night with Seth Meyers, who pointed out this hypocrisy on his segment “A Closer Look” got a response from Paul Ryan after jokingly putting clips of Ryan criticizing democrats next to clips of republicans doing the thing Ryan was criticizing”. This stood out for me because it showed how even big republicans like Paul Ryan cared when they were criticized on a TV show, not even officially one discussing politics.

Your post reminds me of something that happened to me. One time when I was watching the news the commentators on CNN were discussing Obamacare. I constantly heard that the republicans wanted to get it “repealed and replaced”. Afterward i heard that despite this they didn’t even have a plan, just an ida which was quite funny. They sounded so sure about actually executing their non-existent plan.

Thanks for your writing. I look forward to seeing what you write next because you make the subject of politics something that should be talked about more amongst kids. You bring up lots of key issues that should resignate to many Americans and spreads awareness.