Healthcare and Surplus of Goods in the United States

Home Healthcare and Surplus of Goods in the United States 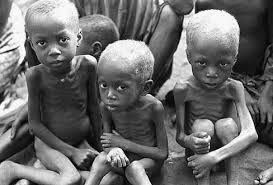 The United States has an abundance of food and supplies and has more than enough to maintain a healthy living environment for the population. If the United States has such a surplus, then why haven’t we sent these supplies to other countries that do not have access? The United States is struggling mainly with the access to healthcare for all, but if we could find the solution to that, we could prioritize on making our world better and create a healthy living environment for those in countries with less access to medical care, food, and other goods needed to live.

I believe the first problem that the United States needs to tackle in the right to have healthcare for all. During Franklin D. Roosevelt’s presidency, he sought to pass a right to have healthcare as a granted virute to all. After his death, the UN passed a bill in which in Article 12, it states that all people have “the right to the enjoyment of the highest attainable standard of physical and mental health.” Healthcare would provide a safe living environment in which everybody is healthy. The United States would set an important example and hopefully start a movement in which everyone’s will to be healthy can be fulfilled.

Every year, $165 million worth of food is wasted in the United States. Most of this food that is produced isn’t appealing enough for the average consumer, so therefore it is thrown away. Around 50% of all produce is thrown away for this reason. And it doesn’t help the statistics that 1 in 7 Americans is hungry. America, in general, has an incredible amount of extra food, but it is dispersed unevenly. Our society’s distorted views on how everything has to have an air of perfection has allowed for waste beyond fathom. The third world countries that barely produce enough to sustain the population would benefit immensely from the surplus of the United States. It could even help the economic status increase both in the US and the other country in which we are sharing our goods with.

The final point is the lack of access to medical supplies in the third world countries. The US produces so much medical supply surplus that around $1 billion is wasted every year just because it’s unused. This incredible excess would benefit the countries who are in desperate need of medical supplies. Because there is limited access to healthcare and medical assistance in many third world countries, the child mortality rates are significantly higher. Pneumonia and malaria are the leading causes of death among these children. The lack of vaccines needed to help these children live past their first five years of life are in extremely short stock and sometimes aren’t accessible at all. The US would benefit economically as well as relationship wise if we were to assist in the well-being of the people living in areas with little access to medical supplies.

Our world would benefit immensely if the United States were to share some of the surplus it produces. The third world countries are struggling to keep a healthy and sanitary living environment due to the lack of access to food, medical supplies, and other goods. The waste produced by the United States could be used in other places instead of thrown away. I believe that many of the significant problems occurring in third world countries would be subdued.

Very succinctly put, and a nice approach to the topic. I have personally long heard that the United States doesn’t have an issue with a lack of food, but rather how that food is distributed, stemming from a lack of anywhere close to an equal distribution of wealth. Your statistics on wasted healthcare products were new and rather surprising to me and I agree with your conclusion that the U.S. should use its surplus to help others worldwide.

Hello Maddie,
I think you did an incredible job framing your argument. You gave statistics but also followed up and explained those statistics and why they are relevant to your main argument. Also, I completely agree with you on how much waste the United States, as well as many other first world countries, produce that could solve problems like world hunger if distributed properly. Unfortunately, because we live in a very capitalist oriented economy with little to no laws on wasting products like food, along with the fact that transportation to countries that need these products are expensive, it’s not likely that this problem will be solved without government intervention. I do hope that in the future, we will be able to realize that others need help.

This is a cool topic. The facts you laid to describe how Americans waste so much was well done. I liked the flow of each argument to support your overall idea. Some people could say that the 1 billion dollars wasted on unused medical supplies and excess food should go to the 1/7 Americans who go hungry and to family’s who can’t afford food or healthcare and have a little of that go to other countries.

Well put. How you introduced new evidence flowed very well with the piece. It is very true that the US is putting too waste millions of pounds of food and healthcare supplies. But I think you need to take away the “other” part of your writing. When you say third world countries it makes it nonspecific and removed. To really create change I think you should create a feeling of urgency by naming the countries the US could support if it didn’t waste so much. Overall great piece of writing.

This is a very interesting topic and the solution that you pointed out is an excellent one. The way you introduced how the UN passed Article 12 is a good point. The way that the US waste these resources in unacceptable and should without a doubt be sent to third world countries to help them progress and got out of a state of poverty. The US should defiantly be there brothers keeper as it was before when this country was less of an individualistic one

Fascinating topic and solution. I wonder how we could share our surplus food and even medical supplies when considering the costs and limitations on what could be shipped, other country’s diets, and even the willingness of people/companies to participate. Some would likely argue that these additional resources should be distributed within the US versus abroad, but I do think the US has more responsibility to help our neighbors as such as developed country.