Hawaii’s Gun Laws and How They Reflect on the Nation 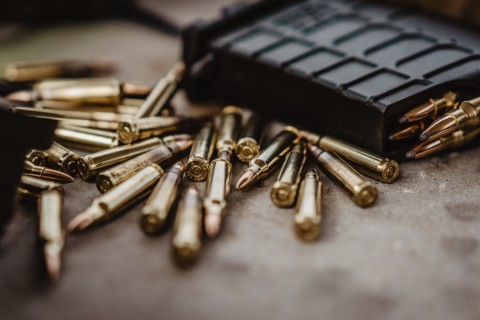 Gun control has been the subject of much back and forth within the past decade. Many believe that guns are the problem and the solution is to restrict those who can buy them. Others are on the complete other side of the spectrum and believe that people are the problem and the solution is that more people have guns to stay safe. However, the main thing thing that both sides agree on is that gun violence is an issue that must be solved.

Those who argue for Gun Control often point to Australia, a country that due their harsh crackdown on guns, has nearly no gun violence. However, the author of this article argues that we have out own island we can look to, Hawaii. The author begins by talking about Hawaii’s specific laws that they have put in place to restrict those who can receive guns and how well it has worked. These laws include background checks, waiting periods, elaborate registration guidelines, and strict limits on concealed-carry permits combine to seriously vet prospective gun owners, and limit impulse and illegal purchases.

As previously stated, quite a few Americans are on the opposite side of this argument. They believe that more guns are the solution. However, the author debunks this too saying that Hawaii is the perfect experiment because of it’s controlled setting. It is an island that does not have to deal with the extenuating circumstances of the main land and therefore we can look to it for guidance. If it’s gun laws are effective, as they had already shown that they were, then we can most likely apply them to the whole country with the assurance that they will work.

That also raises the question that the fact that Hawaii is an island may also be the only reason that it’s laws worked. For reform of this type to work on the mainland, it would require a federal change that is easier said than done.

I do believe this is something we should look into. Guns make it significantly easier to kill people. That is why they are bad. More control on who we let have guns should make that issue significantly less bad.

Hi, I like your post because I think gun laws are one of many problems today. From what I read it seems to work in Hawaii. Will they ever make this law for the mainlands? With all these restrictions and how hard it is to get a hand on a gun but still people are able to purchase. Would you think it would be a good idea to ban guns once and for all? And only let them be allowed for those in the military or some type of service?

I would disagree that “more guns is the solution.” A lot of tragedies have happened due to people who have access to guns. Many guns have landed in the hands of the wrong people which led to many deaths/ incidents. Even those who do have the right to own a gun have used it wrongfully. I think that picking and choosing who gets to have a gun is very risky since we never know what the outcome of the decision will be. I hope that gun violence goes down soon and there is a solution for this to happen.

Gun laws are currently a problem in our society. From what I have read from this, it seems that Hawaiian laws are working well. Just leaves me with this question, why isn’t this being put into place in the mainland united states. I don’t think that the right of owning a gun should be banned in any way. It just needs to be regulated properly, to prevent any event that causes many to die.

Dear yara i agree with you yes gun are the problems from today and around the world because many people getting killed by a single shot for no reason and i don’t think that a good ideas especially for young kids cause they going to think oh that look fun to do and i see many young kids playing with guns and shot the self by accident and i think everyone should talk about this and take this for real.