“Having the College Money Talk”

Home “Having the College Money Talk” 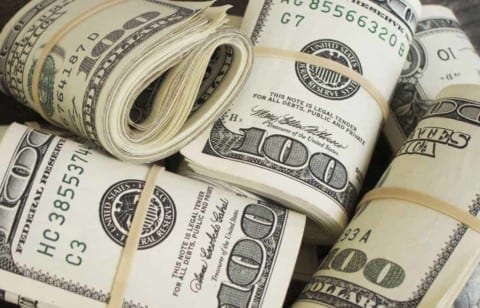 In the article Having the College Money Talk, author addressed some questions and suggestions that every family need to consider before they make any decision about colleges. Money is one of the biggest factors of making the choice. On average, a four-year education at a public university will cost approximately $78,000, which includes tuition, fees, and rooms; the amount of money for a four-year education at a private school is more than double of public’s. However, how much a student pay depends on his/her family’s financial situation, the student’s academic record, and other factors that influence how much a school offers in grants and scholarships, both types of free money that don’t need to be paid back. Net price – how much a student pays after subtracting scholarships and grants – is the true cost of a university. According to a new Consumer Reports nationally representative survey of more than 1,500 student loan borrowers, “44% of those who have left college say they have had to cut back on daily living expenses, and 28 percent have had to delay major goals like buying a house and 37 percent put off saving for retirement. The financial impact is so daunting that 45 percent of borrowers say knowing what they know now, their college experience wasn’t worth the cost”.

Although student loan is the fastest way to make college affordable, it may not be the best way. According to the National Association of Colleges and Employers, “the average starting salary for a person with a bachelor’s degree is $50,000. But if you don’t know what you want to pursue as a career, be more conservative, he advises. If you earn $50,000 after graduation and borrowed that much, expect to pay about $555 per month under the standard 10-year repayment plan, assuming a 6 percent interest rate. Annually, that’s about 13 percent of your salary toward your loans”. First debt payment is due six months after graduation on most federal student loans which means that student needs to find a job quickly right after they graduate. One of the suggestions that the author gives is that students should avoid private loans. Otherwise, it is likely that the total amount of loans that a student talke will exceed the salary he/she expects to earn annually in his/her early years so that it is even harder for students to pay off their debt.

Furthermore, parents and students need to think outside of the box. “One mistake families often make is assuming that their state university will be the most affordable option”, says Palmasani. But actually, some private colleges, even highly selective ones, can be cheaper than state schools, too. “That’s because public colleges generally award smaller and fewer scholarships than private colleges, which may have richer endowments”, says Zee Santiago, director of college counseling at the Collegiate Institute for Math and Science high school in New York City. “With cutbacks to state funding, state schools don’t have the money to give out that private schools do,” says Santiago.

I agree with this article college is very expensive and many students have a hard time paying off the debts. When students take out loans, it does put them in further debt and they wont able to pay it off. It will take them a very long time to pay off the debt. College is expensive and people should know this.

Hannah I think this topic is very important and especially is relatable for high school students transitioning to college. College has become very expensive and it is hard for some families to pay even if you are a brilliant student. It saddens me that people who want to learn and get a job are hindered by money. When you do get a loan it puts you in a major hole from the time you graduation making your life a lot harder. I think college should be more affordable especially for people trying to go out of state. Things defiantly need to change for students to have a profitable future.

I think that this article is extremely relatable. Most kids our age are stressed about finding ways to pay for an absurdly expensive college education. College in this day and age is ridiculously expensive. Staying in state in one thing, but if you’re hoping to go out of state, that’s another story. There are schools that are upwards of $70,000 per year. I think that everybody should have the opportunity to go out of state for college at an affordable price. The current college financial situation is ridiculous. Here’s an article that you may find interesting: https://www.huffingtonpost.com/marc-joseph/its-too-expensive-to-go-t_b_3935231.html
Great post!