Have we lost the ability to connect?

Home Have we lost the ability to connect? 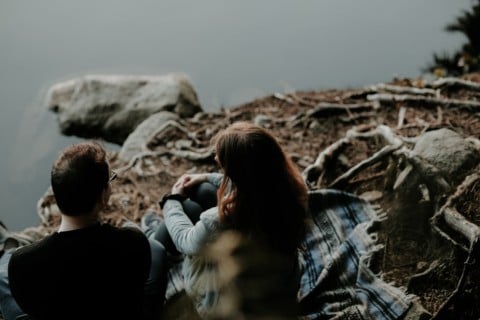 It is no secret that humans are immersed in their phones. As a student, it is not very difficult to be aware of this fact, and I know that I am one of millions of students that finds it difficult to connect to others nowadays due to the influence social media has on young people, which has been heightened by Covid-19. The pandemic not only brought health and economic hardship to the entire world, but enhanced the world’s already lack of connection to an even greater extent. Being stuck at home is not always a good thing, especially when there is little to no places one can go. Zoom meetings and FaceTimes are becoming the new normal, yet cannot possibly fill the void that physical meetings and events leave. Now, especially in the midst of the Covid-19 pandemic and in a world that was already technologically-obsessed to start with, the question is, have we lost the ability to connect?

This past week, my English class was studying a handful of Shakespeare’s most recognized sonnets, which were filled with such beautiful and eloquently written language I wouldn’t help but wonder, have we lost the ability to connect with our own feelings? Sonnets that described his intense love for his wife seemed almost incomparable to the “ILY” text messages that people send one another, an acronym for “I love you.” Shakespeare, in Sonnet 116, reveals his idea that love is infinite, not temporary, as it is an “ever-fixéd mark That looks on tempests and is never shaken” (Sonnet 6). He goes on to say that though rosy lips and cheeks within his bending sickle’s compass come,” authentic love does not end (Sonnet 9-10). The language of Shakespeare is beautiful, sophisticated, and his emotions are crystal clear. He wants his wife to understand that although beauty may fade with time, his love will never cease to exist. It is nearly impossible to read into the emotions felt by someone who merely sends a text message “ily,” and there is a lack of connection between the two people because their feelings are not clearly expressed. Text messages and emails do not always hurt relationships, but they arguably have the ability to greatly affect them, whether in a romantic relationship or just a normal friendship.

It is unrealistic, however, to believe that one day the modern world will return to writing Sonnets and poems to express their feelings. According to an article called “Leave my Internet Slang Alone,” a study “suggests that students who use [text message slang] might not be harming their language skills, but simply using slang as an outlet for creativity.” This reveals that perhaps using text messaging slang in real life does not inhibit communication and language, but acts as a creative outlet for students. However, there is a fine line between using text message slang in person and using text message slang over a device, which is the case for most people nowadays. Although using text message slang in daily life and spoken language is not necessarily bad, it can arguably be very detrimental to maintaining healthy relationships in the midst of a pandemic, when FaceTime and Zoom are the only methods of human connection available.

Perhaps the first step in changing this lack of connection among people is the awareness that it exists,  and will only get worse if people do not realize it. Given the circumstances, it may still be a long time until Zoom and FaceTime are not the only ways of communicating. So what can we do? I believe that once people understand that human connection has been diminishing, they can find ways to clearly express their feelings, making sure that the person on the other side has an understanding of what they truly feel. Perhaps it is time for students to put their devices away and spend time with the people they can physically see, and use the resources around them to build healthy relationships, relationships that are not completely reliant on social media to communicate. Even in the midst of a pandemic, human connection is quite possible and attainable, if only people had the self-control to look up once in a while and realize that the relationships they can cultivate are standing right in front of them.

Dear Josie :
I am intrigued by your post, “,” because it is truly giving an insight into what is happening in today’s world with young adult and whether or not our communication skills are reducing to nothing.
One sentence you wrote that stands out for me is: “ Perhaps it is time for students to put their devices away and spend time with the people they can physically see, and use the resources around them to build healthy relationships, relationships that are not completely reliant on social media to communicate.” I think this is important because we as a generation should know what things we are lacking in.
Thanks for your writing. I look forward to seeing what you write next because your topics are very helpful in today’s world of understanding.
Ashley