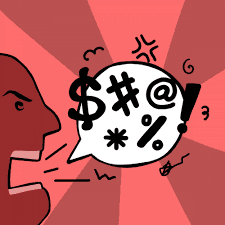 Throughout the history of America, we have seen many different forms of prejudice. Whether you’re talking about the Racism during the civil war and civil righs movements, or the sexism thrown toward the suffergettes, our country has had its fair share of discrimination. Unfortunately there is still a large amount of prejudice in our country today. Despite many of these beliefs being controversial, it is still important to let these people have a voice. If we silence controversial opinions, we will be limited in our ability to know what is right and wrong.

Mostly notably seen in the last few years, the term commonly called “hate speech,” has been thrown around left and right. There are a few ways that this is problematic, and could eventually lead to a negative result. For one, incorrectly using the term Hate Speech could lead to censorship, which inhibits ones free speech. This could eventually lead to some unforeseen negative consequences, such as more rights being taken away. According to The Guardian, they state “In general, one should be suspicious of “what next?” arguments, because they assume that humans are incapable of behaving in calibrated ways that don’t inevitably lead to some future state of facism. We could extend the right to platform to all, but what next? Paedophile rallies? That’s obviously absurd, but it highlights the fact that there are limits, and they are broadly dictated by how much certain values are coded in society.” This highlights that there will always be people with negative or harmful opinions, but we need to understand that censorship isn’t always the best answer to these problems.

Despite the term Hate Speech often being used incorrectly, there are times where it should be used. Oftentimes there may be a vocal minority of people which spread toxicity to the extent where the majority of people feel like they don’t have a voice. In no better field is this represented than in the world of politics. Currently in the US, “71% of Americans say political correctness has silenced discussions society needs to have, and 58% have political views they are afraid to share,” according to The CATO Institute.We should all be able to see that members of both political parties are guilty of throwing around hate speech, and making people feel uncomfortable sharing what they believe in.

While the future of free speech may seem gloomy, there’s still chance to improve. If we begin to use the term Hate Speech properly, we can hear the opinions of others (even if we disagree), while still building confidence for everybody. Nobody should have to feel ashamed for who they are or what they believe in, and by using the term properly, we can highlight real prejudice in our society.

Hey Pete, Michael Here. I must say I quite enjoyed your article, and found it quite sound and poised. I think you’d be interested in this article https://www.politico.eu/article/germany-hate-speech-netzdg-facebook-youtube-google-twitter-free-speech/ as well as other ways that germany is limiting it’s citizen’s freedom of speech. Have a good one.