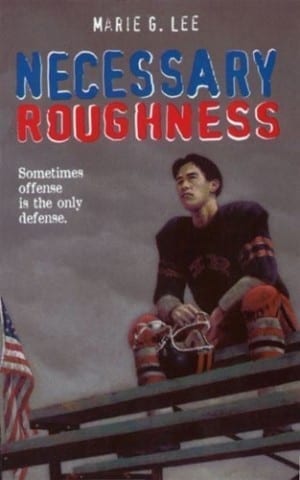 According to the book, Necessary Roughness, A boy named Chan and his family are moving from L.A. to Minnesota. Chan’s uncle apparently had problems paying his rent while in Minnesota, causing his brother, Abogee (dad), and his family to move to the state.

When they arrived, Chan and Abogee came across the owner of the apartments and paid his brother’s rent. When his father asked the owner if they can rent an apartment for him and his family, the manager said no. The manager said “I ain’t renting to no more sneaks.” The manager probably thought they were going to do the same thing and not pay the rent because they are from the same family.

I can relate to this because as a Hispanic, I know what it’s like to be discriminated and shot at by other people that think they are better than everyone else. In my opinion, I believe that everyone is equal and other people should accept our differences because that’s what makes the world more interesting and exciting.