Has our view of immigrants worsened over time?

Home Has our view of immigrants worsened over time? 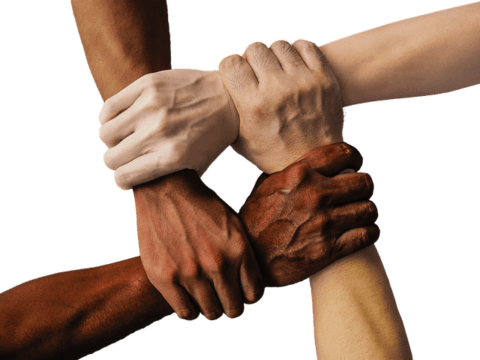 George Orwell’s 1984 can be viewed as a reflection of Orwell’s fears for the future. One thing he fears, or predicts is going to happen, is that society will come to have a negative view of immigration. 1984 was written about 70 years ago, has Orwell’s fear come true? Have we, as a society, come to view immigrants more and more negatively over the years?

While Donald Trump has used immigration as one of the strongest backings for his campaign in recent years, most Americans believe that immigrants offer a lot to the U.S. and they overall strengthen our country as of 2017. The population holds immigrants and immigration in positive regards, yet the Presidency and White House view it as a threat to the country. Not only do those in positions of power use that power to make it difficult for refugees and immigrants to enter and live in our country, legally or illegally, they also use that power to sway public opinion and split the country. The Trump administration is creating a ‘We vs. Them’ type scenario when immigrants can be a powerful resource that ultimately strengthens the country.

There are many implications that Trump’s views on immigration go deeper than economics or terrorism, both through media and administrative decisions. The older generation, ‘baby-boomers’ specifically, view immigration in a more negative sense than the millennial generation does. Millennials are voting for the Democratic party more than the Republican party, and the Democratic party views immigration far more positively than the Republican party. Voting the Republican party out of office can give immigrants and refugees the representatives that will stand up for their rights in office, much as the Obama administration did. Going out to vote, not only in the presidential or mid-term elections, can make a huge difference in immigration policies that will more beneficial to the country as a whole. The right administration can and will make laws that keep our country safe but also make it so getting a green card or even legal status isn’t as difficult as is currently is. Building a wall to keep ‘intruders’ out is not a solution.

It is assumed that immigrants and refugees are coming to the U.S. seeking a better and more fulfilling life, but the worry that some of these people are terrorists or intruders is a legitimate concern. It’s difficult to know what someone’s true intentions are, and that may be what defer some people from fully supporting immigration, fear of the unknown and fear of possible danger. To combat this, the laws that allow immigrants to stay and become citizens of the U.S. need to be changed to not only be through but reasonable as well as fast and simple. The laws surrounding immigration currently make it difficult for immigrants to find asylum or to become citizens, and end up encouraging illegal immigration. Immediate deportation of illegal immigrants isn’t the best path to take in response, but instead giving those a chance to become citizens or have temporary residency following a background check focusing on past crime, work, and taxes. Those who act more like citizens then the citizens themselves should get the chance to actually be a citizen.