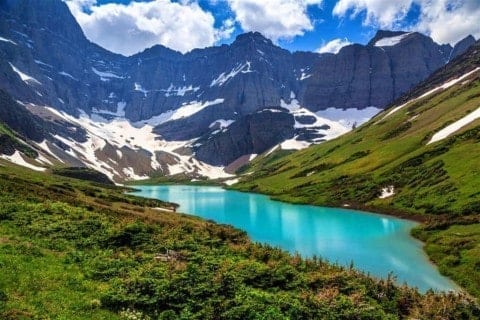 This is a fictional narrative.

Montana isn’t called the big sky state for no reason. It is the closest to the wild in the continental States, with the bright plumage of birds flocking overhead and white-tailed deer grazing. You could even see an aged grizzly bear catching silver salmon if it’s a good day. A few miles out is a small town, and here is my cabin, running off the thermal energy deep in the ground. Seems a little too modern, I know.

It was a quiet day. The birds in the forest sang their melodious, high-pitched song, crickets chirping their hymn, and my quiet footsteps rustling the weathered grass. It was a great day ahead, being freshly retired from the hectic world of science, at least what I expected.

The skies were baby blue in the morning, clouds in puffy pillow shapes, and the green mother nature was calling me to come out and enjoy itself. Birds swooped low and high, going ebb and flow from tree to tree. Beyond the steep hill was a river, bubbling with the other aquatic creatures swimming below, convincing me that it was time to stop and unpack for fishing. Two birches stood parallel, marking the spot of where to create my little nook, consisting of a hammock and fishing chair.

A mature grey catfish ignored the pink worm, knowing it was bait.

A tiny snapping turtle passed by fighting for that worm. Eventually, it was snagged by the creature and it strutted out victoriously.

“What the heck! Who’s there” I said, immediately reaching for the carbon fiberglass crossbow.

I checked the time. 3:05. It was like Vietnam all over again. Or was it Korea?

I crept silently around my tree haven and my stuff had been searched through. Moving away from the post, there was a mammoth fuzzy thing a few feet away, next to the river. A bear. Oh goodness, what am I supposed to do?

Quickly retreating, I pulled out a few fish from the cooler and crept back. That furry creature had a bag, my precious bag, looking through it and eating my hard-packed lunch. That lunch bag had so many memories, and nothing can take that away from me. I approached it.

The bear seemed to not notice me. Then, it turned his head. He started to come towards me. I’m done for.

Like a linebacker, it pounced on me. Screaming my last prayer and I expected death to wash over me. Instead, this rough and warm tongue rubbed all over my face. No scratches, no bruises, and no blood. It was cradling me while rolling around. I felt terrible to think about him at a moment as game. Retrieving my lunch box, I was sure to adopt him.

It’s took a few weeks to get him adopted and checked. He was a healthy Grizzly Bear and a great companion, even serving as a security guard when robbers attempted to break in. Harry may eat a lot and play rough, but he’s for sure never leaving my house.

Joseph,
Thank you for sharing this story. It’s very creative! I loved the descriptions you used, you painted a picture of the great Montana wilderness using only your words. I also like the way you wrote the story, especially when you were able to slow the reader down by dragging your words out. You really made me feel like I was in Montana. You may like this short story that also takes place in Montana, https://www.shortstoryproject.com/walking-out/.