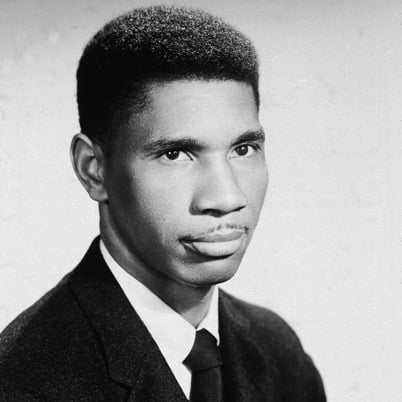 Pioneer leader of the Civil Rights Movement and Educator

February is Black History month; an annual celebration of African Americans and their achievements as well as a time to recognize their role in U.S history. Amongst Martin Luther King Jr. , Malcolm X, and Rosa Parks stood Harry T. Moore. He was a teacher in a segregated public with two daughters. As a teen, he spent some time in Jacksonville, a large and vibrant African American community, with a proud tradition of independence and intellectual achievement. He was raised with lots of nurturing and he held a lot of love for learning which shows in his work.

He was said to have laid the groundwork for the modern civil rights movement as he began his work in the 1930s. He investigated lynchings and registered African Americans to vote. After being fired from his teaching job because of his activism, he took on a job in the NAACP (National Association for the Advancement of Colored People). He, later on, died advocating for what he believed in; voting rights and anti-lynching. The protests over Moore’s death rocked the nation, with dozens of rallies and memorial meetings around the country. To say he created an impact is an understatement.

I think it’s that passion and love that can drive people to do the most amazing things. He put his life on the line for the good of society, and although it shouldn’t be the sole duty of one, he woke up each day and did it. I think the world listens when it sees unadulterated movement. That like know of what’s right and wrong but even more, that bravery to stand for what we believe is right. Harry T. Moore’s bravery snowballed into a much-needed wake-up call for America.

What are you willing to sacrifice for the betterment of society? For what you believe in?
0
Please leave a feedback on thisx

I find your discussion post “Harry T. Moore” to be very important. Mainly because I have never heard of him before, so it’s great that you’re making his story, efforts, and accomplishments accessible to someone like myself.

One sentence you wrote that really stands out to me is “He put his life on the line for the good of society, and although it shouldn’t be the sole duty of one, he woke up each day and did it.” I couldn’t agree more with your stance on this.

Thank you for writing, I look forward to seeing what you write next given how skilled you are at presenting information. Not to mention how you choose to write about such important topics.

Guadalupe, thank you for uplifting the work of civil rights leader and pioneer Harry T Moore. I especially liked that you featured him for his groundbreaking work against lynching and advocating for voter rights in Jacksonville, Florida.

I also want to thank you for the great response you made on Sianni’s Black Street Wall Street (U School) . Your response was on point. I really appreciate it when students from different locations can share their perspectives on platforms like Youth Voices. Keep doing your thing. You and my students at the U School give me hope for the future.

Thank you! I think it’s great that you facilitate conversations like these ones on the platform. I think getting to read others’ perspectives as well as being able to vocalize my own opinions and ideas has been really helpful as I get to do a lot of learning and reflecting.
Although social media can be a powerful tool I think we need more platforms like these that bridge creativity with learning, all while helping us find and use our own voices!