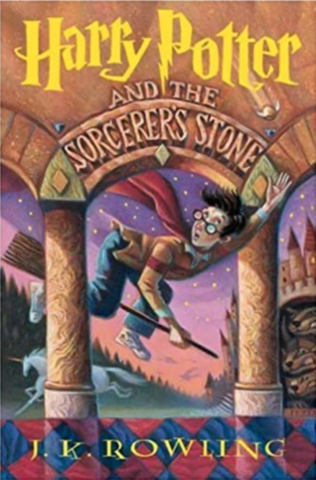 Harry Potter is a dynamic character. His archetype changes over the course of the book. At the beginning of the book, he is the archetypal nobody. This can be seen on page 58, where the author writes: “‘Hagrid,’ he said quietly, ‘I think you must have made a mistake. I don’t think I can be a wizard.’ To his surprise, Hagird chuckled. ‘Not a wizard, eh? Never made things happen when you was scared or angry?’ … ‘Harry Potter, not a wizard — you wait, you’ll be right famous at Hogwarts.’”

But by page 175, Harry Potter has begun to transform into the archetypal lion. After having lived in the cupboard for years being tormented by his cousin Dudley and mistreated by his aunt and uncle he lost all confidence in himself but after being told he was a wizard and going to Hogwarts as famous Harry Potter he gained more confidence in himself. He is a true gryffindor because gryffindors are known to be brave and strong like a lion which is the mascot for gryffindors.  Evidence of this is on page 175: “‘Oh, no,’ said Ron, pale as the Bloody Baron. ‘It’s the girls’ bathroom!’ Harry gasped. ‘Hermione!’ they said together. It was the last thing they wanted to do, but what choice did they have?”

Harry Potter is no longer the person who does not believe that he could be a wizard or someone as powerful as the boy who survived Voldemort.

A reader might predict that the turning point for Harry Potter comes when he is to face Voldemort and Professor. Quirrell was the last task to protect the philosopher’s stone and he had to do it alone and at the age of 11 . Page 295 encourages this prediction: “‘Then kill him, fool, and be done!’ screeched Voldemort. Quirrell raised his hands to perform a deadly curse, but Harry, by instinct reached up and grabbed Quirrell’s face — “AAAARGH!” Quirrell rolled off him, his face blistering, too, and then Harry knew: Quirrell couldn’t touch his bare skin, not without suffering terrible pain — his only chance was to keep hold of Quirrell, keep him in enough pain to stop him from doing a curse.”