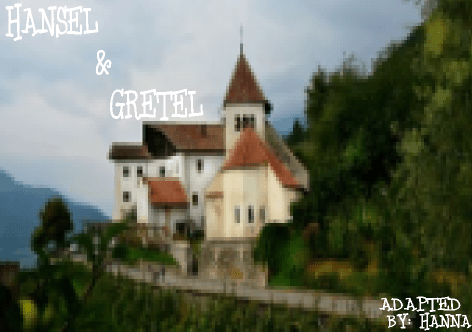 ONCE UPON A TIME…

There was an age-old story, adored by many. But now, the story has been flipped! The story, “Hansel & Gretel” is a classic tale, told from generation to generation ever since the Brothers Grimm created it. Yet, this version has never been heard before. In the “Hansel & Gretel” tale, two children are led into the woods by their father whom was forced to do that by his wife, their stepmother. After the first time they are led into the woods, history repeats itself because of their raging stepmother. The second time, the pair of siblings couldn’t find their way home, but instead found a delicious candy home, belonging to an elderly woman who was quite the opposite of sweet. The woman puts Hansel in a cage and asks Gretel to help her set the oven. In the original, she tricks the old woman and burns her to escape with her brother and find her way back home. But now, the viewer can choose! In this animation, the reader can choose to trick the old lady or to run away! View it and believe it!

HOW IT CAME TO BE

In technology class we were focusing on creating interactive Scratch animations. We then got a look at classic folk tales that I had never thought twice about… until now. What would’ve happened if the character made a different decision? How would the story have turned out? That’s what we put into our hands to discover. We experimented with this in class using the story, “The Boy Who Cried Wolf.” Soon enough, we were able to fly off and start our own individual projects  using other folk tales. I used the story “Hansel & Gretel” because I grew up hearing it all the time, so it was interesting thinking of another way to hear the story. Once we had developed the idea for this project, we created a script. Based off of that script, we created 2 storyboards, Act 1 and Act 2. Using all of these resources, it was finally time to put it all to action and create a Scratch animation.

Here’s the link to the script, just in case you’re interested in viewing it:

Here are the storyboards used to create this project: 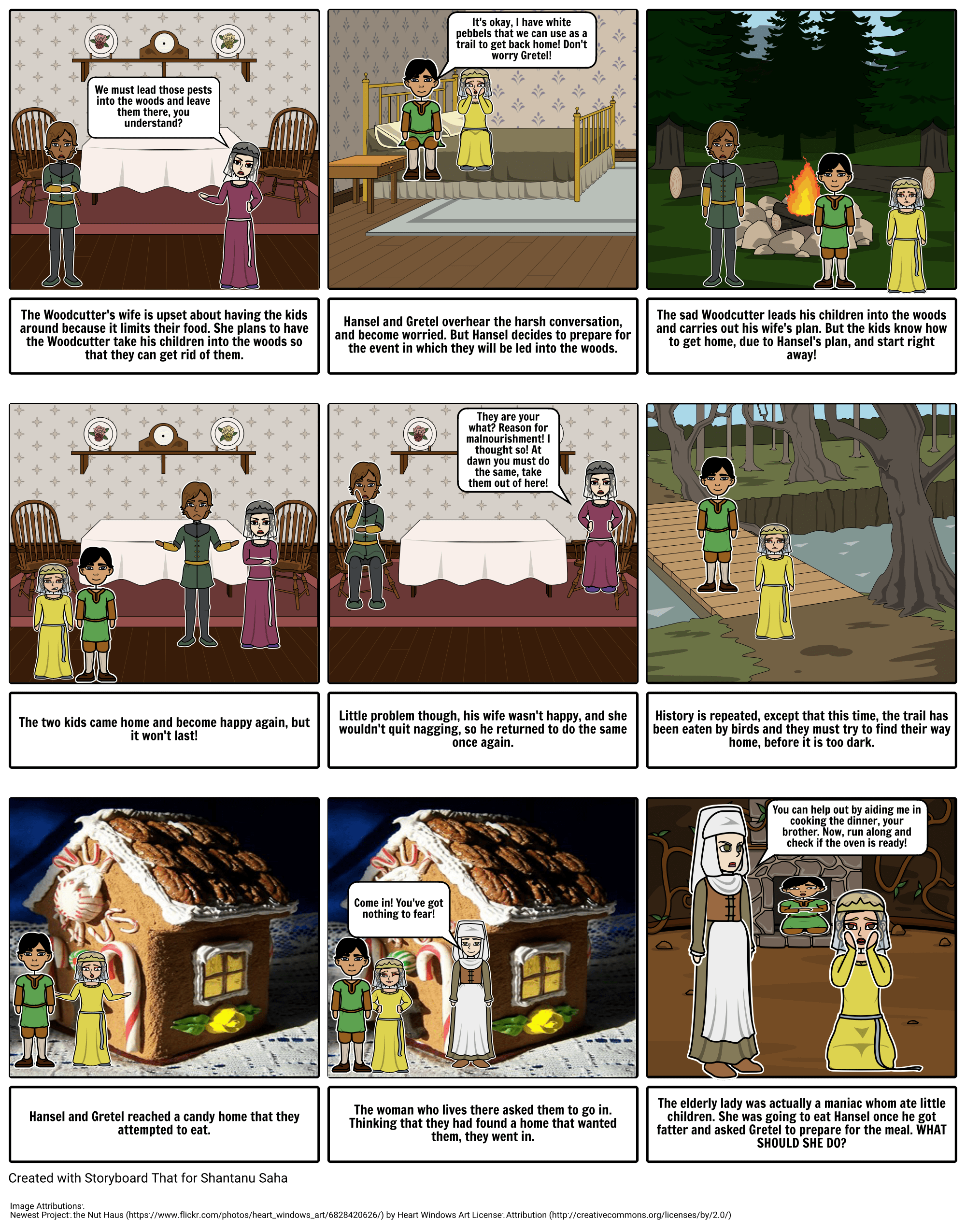 This is the storyboard first act of my Hansel & Gretel animation. In this storyboard, Hansel and Gretel are sent off into the woods and they find their way home. There is a problem, though, their stepmother decides to send them out yet again. This time, they really are lost and they end up at an old woman’s home. This old woman is the opposite of her candy home, proving that looks can be deceiving. Gretel has to make a choice, will she help her brother escape, or will she leave on her own?

In the second act storyboard of my animation, two paths are shown, your decision changes the entire story. Gretel can die if she runs off on her own, or Gretel can help Hansel escape with her and they live happily ever after with their family!

… AND THIS BLOG POST HAS LIVED HAPPILY EVER AFTER