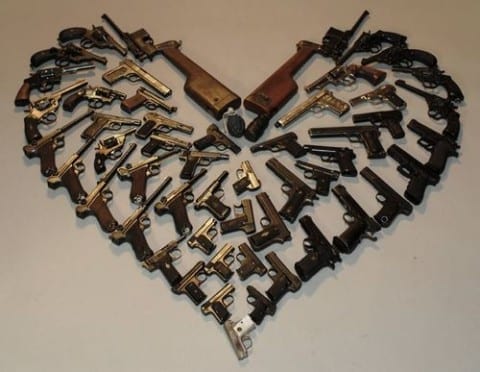 I think that the main problem with gun control today is education. So many kids today see a school shooting and just assume that the answer to the problem is banning all guns. I think before you start saying that banning all guns is the solution, you do a little research. Every single pro gun control post I have read on youth voices is honestly hard to read and wolfley misinformed. It seriously sounds like most of them get their news off instagram.

I think it would be nearly impossible to ban guns in America. U.S civilians own 393 million guns. For one, who plans on going into all these homes and buying these guns back, I don’t think anyone is going to be willing to take american guns away from them. Secondly if the government plans on buying them back, that is a lot of money. Lets just assume they will buy back all 393 million guns for 10 dollars(The average cost of a gun is between 600-1000$), thats already 3 billion. So who plans on spending that much to buy back all those guns.

There are many reasons I don’t think gun control would work but let’s start by showing what happened in Britain.  In 1997, Britain passed a law requiring civilians to surrender almost all privately owned handguns to the police. More than 162,000 handguns and 1.5 million pounds of ammunition were “compulsorily surrendered”. After these strict gun control laws were passed not only did homicides in England and Wales significantly change, they went way up. Another example I found from the same source was about Washington D.C. In 1976, the Washington, D.C. City Council passed a law generally prohibiting residents from possessing handguns and requiring that all firearms in private homes be (1) kept unloaded and (2) rendered temporarily inoperable via disassembly or installation of a trigger lock. The funny thing is these strict guns laws not only went to no effect, but the murder rate shot up in the following years.

I’m not trying to deny we have a gun problem in America but I’m saying that banning them wont help. 85% of Americans believe in universal background checks, and I feel that this is a big part of the problem. We can’t have unstable or mentaly unsound people getting there hands on guns. I also agree with making stricter laws on assault weapons. That is stuff like bump stocks or grips to make it easier to use, I don’t think most Americans need an AR-15 with a scope and vertical grip. But if I leave you with one thing after reading this, it would be to go do some research on guns before saying we should altogether ban them.

Excellent post Samuel. Many far left wing activists will want to ban guns, but it is nearly impossible. Guns themselves do not kill people, people kill people. Mentally ill, people who may have experienced extreme bullying and harm, have been on their breaking point. Many people who are pushing for gun control are asking for universal backgraound checks. But what most people don’t realize is that THERE IS ONE. Any U.S. citizen legal of age, who purchases a gun from an NRA retailer, must go through a background check also known as the FFL (Federal Firearms Liscense). It is privately owned companies who are selling guns illegally who do not require background checks. Also, safety training for those who do know how to operate a gun it extremely important. Here’s an article more on it, if you’re interested. https://en.wikipedia.org/wiki/Federal_Firearms_License#Record_keeping

With all due respect Samuel, who plans on banning all guns? This is a common misconception. The word control does not mean abolish. Some people want to ban all guns, but that is a select few. Most liberal affiliated people just want gun control that they feel can create a better handle on the gun epidemic created in our society. If you can site a source proving that most people want all guns to be banned I will find your comment more credible, but even the most bias of articles like https://www.justfacts.com/guncontrol.asp could translate to you as wanting gun bans, yet this is actually just a push for more sensible mediation.

Almost everyone of the Democratic candidates this election season have said they will ban all guns. I don’t think all leftist voters want this but im just saying what the people the left are voting for want.