Guns and Freedom: The American Way 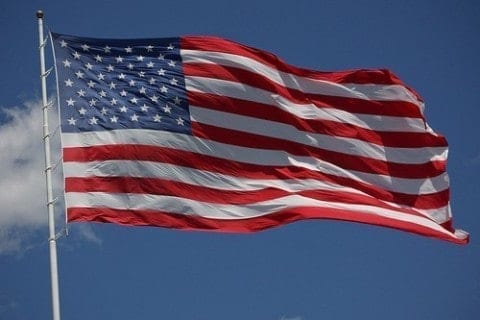 America is the greatest nation in the world. Hands down. There’s no competition that comes anywhere close. Some people don’t appreciate it the way we should, and that disgusts me. No matter what political party or ideology you are associated with, you need to know how lucky we are. You get to vote for your government officials at the age of 18. Federal and state. If you don’t understand the government or issues involving it, and you want to cast your vote in order to determine who serves in government? We have a huge problem here. In today’s world, a lot of people do not actually understand politics and just agree with either their family, the news, or social media. Those sources are not always credible. Or, they’re very bias towards one side.

Learning these concepts in school is a decent first step. However, I would go a step further and look into these issues yourself. Instead of just believe what your family tells you or what school tells you or what society tells you. Develop your own opinion. Find your stance on these issues and on the government itself and fight for it. Fighting for what you believe is very relevant in today’s political spectrum. No matter what party or ideology you associate with. Guns, border control, healthcare, the president, abortion, Russia. These are all issues and arguments that people have and are making in today’s politics. Find your stance on these, whatever it may be. Let’s look at both sides. Guns: very heated topic. Many statistics and feelings for both sides. Such as: people with mental illness shouldn’t own firearms. Guns should not be banned because that has never worked anywhere in the world. Less guns may produce less violence. Gun-free zones are horrible. These are ideas people have when it comes to these issues. People all have their opinions. Don’t just believe someone else, because it wouldn’t be your opinion at that point. Look and study both sides to decide for yourself. Now, going back to the point: Our first and second amendment are the defining points for us as Americans. The freedom to say what we want, believe what we want, write what we want, think what we want. Accompanied with the freedom to protect yourself from any and all threats. No country gets better than that.

I think this was well written. I liked your points a lot and thought they were strong. However, I disagree. I think we should have stronger background checks and we should stop the gun show loophole. We also need mental heath background checks.

I believe you make fantastic points Mr. Jake! But I personally agree that guns should be regulated in a sense. There is no reason for so many people to die from such incidents like Sandy Hook and Las Vegas. We need to work together in order to curve this endless cycle of death. Being divided on an issue doesn’t fix anything!