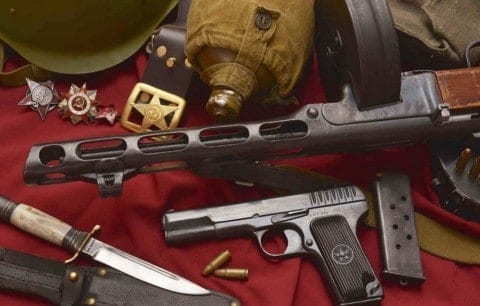 The first article speaks about how the victims of gun control should not be looked at to determine the actions taken to prevent gun violence. The author argues that being a victim of an attack does not make you any smarter than you were before the attack. The article claims that “the left” used cases like these in order to invoke change through emotion and feelings. They drive their arguments and call for gun control by using the attacks as a manipulation in way, forcing people to take action based on their feelings and not actual fact. Along with this, the article asks the reader “do I want a society where my rights are determined by the raw and manipulated emotions of my accusers?” Overall, the article states that the left uses emotion to drive their arguments on gun control, and that those who have been victims of gun control aren’t automatically experts on the issue because of their experiences.

However, an article from Kashana Cauley suggests something a little different.

This article argues that there is a bias when it comes to gun violence. The author argues that there is more compassion for white perpetrators when it comes to gun violence. The author mentions an Arizona protest over gun control, in which a white man openly carried an AR-15, with a sign that read “If they attack, I will attack back.” She then states that the last African-American group (The Black Panthers) that supported open carry inspired a California gun control bill back in 1967. She continues to make the argument that if a white male was to openly carry or even use a firearm, there is very little to nothing that would be done to them, whereas for an African-American, they would be arrested or even killed for it. Overall, the author points the blame of violence in America towards white men, and uses the arguments above to support her argument.

Overall, the cause of gun violence is widely disputed, and the solutions to the problem are very disputed as well. People on both sides of the political spectrum have their own ideas on how to solve the problem, and how it has become so serious. These articles give two sides to the story, but there is a lot more to it than just these ideas. The gun problem in America is serious, and the arguments surrounding it just continue to get more heated, as shown in these articles.

I like how you gave both sides of the argument and had evidence to support both.

As America’s leaders grapple with the gun violence crisis, they should consider a range of policy and programmatic solutions that will have a major impact on reducing gun-related deaths, injuries, and crime in the United States.