Gun Violence Across America: When will it end?

Home Gun Violence Across America: When will it end? 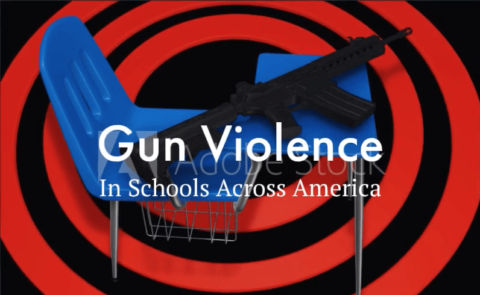 My informational video focuses on Gun Violence in School across America. I am passionate for this topic because it is affecting children and teens across America everyday and nothing has been done to change it. The teens in Parkland have started a movement that has swept the Nation and picked up popularity. Their activism has inspired me to create this video to bring awareness to the fact that there has been no change, and that this problem was happening way before the Parkland shooting. Since the Columbine shooting in 1999 there have been countless school shootings and numerous victims whose names have been neglected. The government is doing nothing, so it’s time for the teens of the future to speak up.

Before I started this research project I was aware of the general issue surrounding gun violence. I knew that plenty of teens and kids were affected daily and killed without any change from the government. I also knew that the National Rifle Association funded a lot of the people that are in power which makes it hard for the people’s voice to be heard while the government is pushing the NRA’s agenda. After this project I learned of the exact statistics that involved gun violence in America. In addition, I learned that Australia bought back guns and tightened gun laws and they have not had a mass shooting since their change in gun laws.

This is an interesting post. Yes, Australia had a mandatory buy-back of all firearms in the country. Yes, their gun violence went down. However, the violent crime in the country went straight up. Taking guns away from law-abiding citizens is a death sentence for those people. The NRA is completely funded by it’s members, not the government. When you say that the NRA pays off the government to stay out of this issue, that’s completely false. Because, well for one: that’s illegal. Two, the NRA doesn’t need to do that because they know that gun control won’t pass through congress. They know that guns are not the problem. The majority of congress knows that guns are not the problem. The majority of the nation knows that guns are not the problem. You take away guns, then people will use knives. You take away knives, people will use cars. You take away cars, people will use illegal guns. This is an unwinnable fight for gun control activists because guns are just the tool for killing. Why not blame the person instead of the object that that person used?