Gun Control the only viable solution 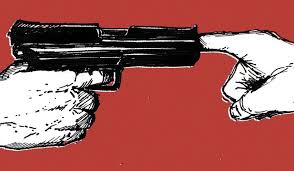 Throughout recent years gun violence has become a more discussed topics, with the disgusting regularity in mass shootings and the suicide rates of the youth gun violence has cemented itself as a pressing issue. But people still believe we don’t need gun control and haven’t offered any finite resolutions.

In 2017, three fourths of all murders were gun related and a little more than half of total suicides were caused by guns. Gun related deaths reached its highest point since 1968 in 2017. The deaths buy guns in the per 100,00 people is 10.6 compared to other countries like spain or germany which have rates of 0.9 and 0.6 per 100,00 respectively. This isn’t acceptable  anymore for a 1st world country. Mass shootings have risen from 6 in 2001 to 30 in 2018.

So when you look at the statistics and the grief and mental trauma the stats don’t show it’s clear that this is a real issue. Few alternate solutions have been made other than gun control and right now it’s our best answer.

Hi Jack, I really enjoyed your article. Gun violence is a growing problem in today’s society. The number of deaths by guns is only going up. I agree with you that gun control is an efficient resolution to this. This is an issue that needs to be addressed, especially in the coming election. Here is a link I think may be helpful to you: https://gun-control.procon.org/