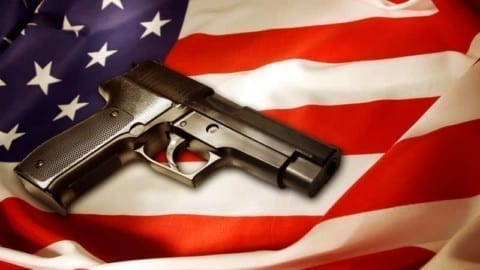 In our modern issue — about guns and murders; is a somewhat-considerably a serious matter of our community. It is an issue in which we can’t ignore because people use guns for violence and violence is an act of terror to our community. Guns brings chaos and force among the weak. Villains usually use these guns as an opportunity for their greed and desires. Thus, the issue presented is simply: “guns are affecting our humanity which creates an insecure social lives of many citizens.” It cannot be ignore because I am sure that you and me as well as countless other people do not want to die… yet.

Gun control has been an ever increasing problem in the United States of America since the beginning of 2018. It is increasingly worrying that school shootings have almost become weekly, as no change has been introduced or suggested.

I am fascinated with your post “ Gun control-Movement “ because this something i was writing about myself. I also was fascinated because it was something i could relate too in my everyday life considering the neighborhood i come from in the bronx. Another reason why i was fascinated is because of the title, it was a title that got my attention and made me want to read what you wrote which turned out to be a video which is even better ; because it helped me get a better understanding of the situation.

One sentence you wrote that stands out for me is “ Guns brings chaos and force among the weak. Villains usually use these guns as an opportunity for their greed and desires “. i think this is because this a quote i can relate too because i know people in my life that use guns and weapons to get their way in life no matter the circumstances. Also this quote really spoke out to me as a person that has seen and been through these kinds of problems.

Another sentence that i liked was “guns are affecting our humanity which creates an insecure social lives of many citizens.” This stood out for me because everyone is being affected by gun violence in some sort of way. Some people are afraid to travel to certain place because they’re afraid of getting shot for being in the wrong place which nobody should have to go through.

Your post “ Gun control-movement “ reminds me of something that happened to me. One time i had a friend who sold drugs and he was only 16 years old, which to me is already a bad thing. One time a guy he sold drugs to regularly started arguing with him and instead of using hands he used his gun and shot the guy and now he’s facing a murder charge and is probably going to jail for life.

Thanks for your writing. I look forward to seeing what you write next because you have some very good points based on this topic. Also from your point of view i can tell you really care and want to make a difference on all the gun violence that’s happening everywhere.