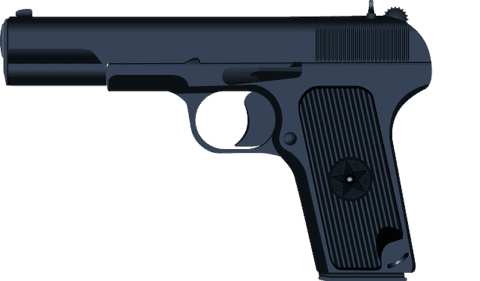 During the first presidential debate of the 2016 campaign we saw a viewpoint of gun control through Hillary’s standpoint after responding to Trump’s racial concerns in America. Trump stated that he supported “stop and frisk” especially with shootings like the one that happened on the Dallas police department in August. Hillary responded to this by agreeing that Cops are out gunned. So many people have assault rifles to the cops handgun with two magazines. It is like bringing a knife a to a gun party for a cop.In a statement that was made in June, Hillary said: “I believe weapons of war have no place on our streets…”

Trump, has a different viewpoint on gun control than Hillary. Trump supports the second amendment completely and believes; “It’s too bad that some of the young people that were killed over the weekend didn’t have guns attached to their (hip).” Trump also tweeted; “Unwavering support of the Second Amendment right to keep and bear arms. Get serious about prosecuting violent criminals. Get gang members and drug dealers off the street to make our cities and communities safer. Empower law-abiding gun owners to defend themselves. Expand mental health programs keep the violent mentally ill off of our streets.” What Trump is saying is that the increase in violence and shootings is not from people having guns but dangerous people that have guns. Like gang members and drug dealers, and he said removing people like them will make our nation safer.

I think it’s interesting what you found. I personally think that Guns are why there is so much violence in the world. So in a topic like this I support Hillary when she says “I believe weapons of war have no place on our streets…”. Without guns I feel like there would be a large decrease in the amount of deaths in the worlds. It may even stop police brutality. What are you opinions? Do you think Trump or Hillary is right?