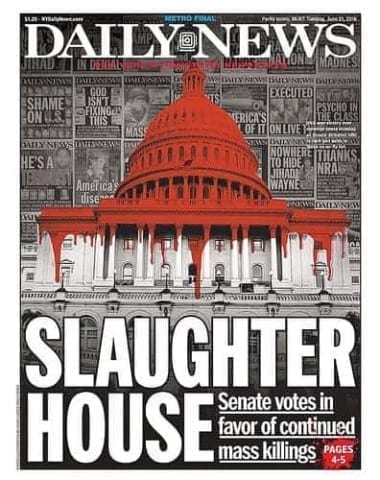 The political issue I am most interested in is GUN CONTROL.

Gun control has been an American issue since before 1934 and the firearm act. Since then policies have talked about, put into play and rejected but yet after almost 22 years after the Brady law -a provision of US federal law that requires a waiting period for handgun purchases and background checks on those who wish to purchase handguns.- we are still having problems with guns getting into the hands of the wrong people. There have been many mass shootings and instance in which guns have been used as a weapon of terrorism and fear.

Speaking for myself, guns are the scariest things that I can think of, the fact that one miniature machine can do so much arm and give someone so much power over another’s life is incomprehensible. The candidates have addressed this subject in deciding how they should handle a new policy, whether the addition of improved background check is needed or the infringement of the second amendment in order to keep people safe.

Trump’s view on the issue is: that we should be protecting the second amendment but also be doing something to get the guns out of the hand if gangs, drug dealers, criminals and mentally insane. He stated that “Democrats want to confiscate all guns, which is a dumb idea because only the law-abiding citizens would turn in their guns and the bad guys would be the only ones left armed”.

On the other hand Hillary’s view is “More than 33,000 Americans are killed by guns each year. It’s time to act. As President, I’ll take on the gun lobby and fight for commonsense reforms to keep guns away from terrorists, domestic abusers, and other violent criminals—including comprehensive background checks and closing loopholes that allow guns to fall into the wrong hands.” They both agree that if you’re too dangerous to get on a plane then you’re too dangerous to fly.

Gun violence is a huge problem in our society. The fact that gun violence is increasing is very scary. I think one problem is that acquiring a gun is not that difficult. Getting a gun via black market or just getting it from the shop down the street is very easy. That needs to be stopped. There needs to be an increase in gun control and background checks. The illegal supplying of guns and other weapons should be stopped to get guns off the streets. This is a very important issue that needs to be addressed.

This is interesting good research