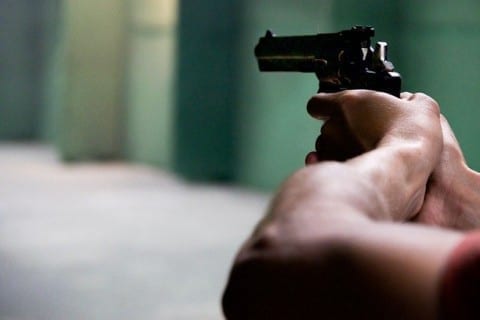 Many people have suggested an assault weapons ban, not knowing the definition of an assault weapon. Assault weapons are fully automatic rifles used for the purpose of war. These are extremely hard to obtain and require a third degree weapons permit. They are not available in gun shops. What most people mean is an AR 15 which is a sporting rifle that fires .223. AR does not stand for assault rifle, it stands for Armalite, the company that invented it. It fires one of the least powerful rifle cartridges, and looks like a bb gun compared to most common hunting rounds.

Gun control is based solely on appearance not function. The reason people attack the AR 15 is because it looks scary. It is a rifle which most commonly resembles the M4 carbine, which is the standard issue rifle of the US military. While they cosmetically appear the same, internally they are a different machine. It is important to remember the AR is a semi-automatic rifle capable of firing one round per trigger pull. The M4 is a fully automatic rifle capable of firing indefinitely with one trigger pull. You don’t hear people attack the Ruger Mini 14 at all, because it looks like a hunting rifle. However, it takes the same round, same magazine, and can fire just as fast as the AR.

Speaking of magazines, people often attack there capacity. The fire rate is faster from a 30 round magazine compared to 3 10 round magazine, but the difference is marginal. The results however are the same. These bans are not really about assault weapons, they are about all weapons. People who want to infringe on the 2nd amendment right eventually want there to be no guns. Banning high capacity magazines leads to banning semi automatics, which leads to banning, shotguns, hunting rifles, and then everything. These bans are focused on preventing mass shootings which take up a very small part of gun related death. Diane Finstein said “The goal is to prevent mass shooting incidents, not to stop run of the mill gun violence.” Mass shootings are televised, because they are horrific events that happen mainly to white people. We usually don’t hear about gun deaths with pistols in cities like Chicago, but that’s life.

Hi Strom,
This post is interesting to read, now I know what is an assault weapon. I don’t really search for knowledge about gun before, thank you for sharing this.