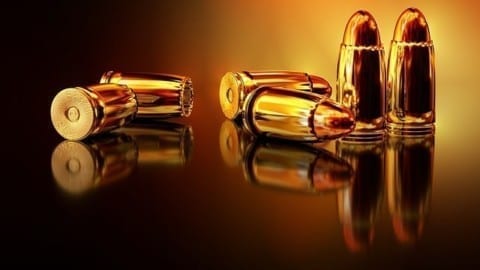 The issue of gun violence is one that has plagued the US for some time. Whether it be at schools, places of worship, or just a neighborhood convenience store, guns have found their way into places we generally assumed would be free from danger. It has turned into a heated argument, with different sides telling different stories about how guns can be obtained, constitutional rights, and the use of guns for protection. Each side has some truth to their ideals, but one can see serious flaws in how guns are sold, permitted, and used in the United States currently, and that something needs to be changed.

One of these issues, is the idea and use of  Background Checks. Currently, background checks for obtaining a firearm are extensive, but generally do not lead to a rejection to purchase the weapon. Applicants are required to wait some time for the background check to occur, and have to answer several questions, which are then sent to NICS. While this generally will vet out felons, it as a surprising limited number of rejections based on mental health records, something that upsets many, and shows a flaw that allows for many large scale shooting to occur.

Many also include the idea of the Second Amendment rights as an argument against government regulation. There is some controversy over the wording in this amendment, however, with the focus on the words “well regulated militia” as something that would make this argument slightly less viable, as it would mean that gun ownership has to relate to how a militia would be run. In United States v. Miller, it was decided that the government could regulate sawed-off shotguns since they didn’t have any real usefulness to a militia. Going off of this idea of what is “necessary” for a militia, the issue over high capacity firearms has been controversial as of late. A “high capacity magazine” holds more than ten rounds, but after 1994 ban on such weapons was overturned in 2004, there is no federal definition, since it is no longer regulated by the federal government. Several states (California, Washington DC, Hawaii, and others) have instituted formal definitions for these magazines, and have either banned purchasing and/or possession of them. With the Second Amendment being less than concretely worded, and the government having the ability to take action, there is no reason for such large scale attacks with high capacity firearms to occur.

The idea of a concealed weapon, or a concealed carry, is another topic that spurs a lot of controversy. Although there is no federal stance on this idea, each state has enacted its own laws based around a concealed carry permit, with some making it extremely difficult to obtain one. According to a study by the NAS, there is no relation to concealed carry either increasing or decreasing violent crime, although other sources, possibly not as unbiased, have disagreed. Many with concealed carries argue based around the idea of self defense. However, many statistics say that gun usage for self defense is not as prevalent as some may think. While there are instances where there is a “good guy” with a gun, there are many more where it is just a “bad guy” with a gun, seeing as how guns in the home are more likely used to intimidate one’s spouse than for a break in, and used in escalating arguments. This tears a hole in the main argument for concealed carry, as it really doesn’t do as much good as is often portrayed in certain media outlets.

Gun violence is an issue that has plagued the United States for many years, and how to regulate such instances has become a heated debate. Many who oppose gun regulation cite instances where guns were used in self-defense, as well as their Second Amendment right. As can be seen from several statistics, the number of guns used in self defense is a lot fewer than many realize, and is overshadowed by the number of times where a legally-obtained gun has been used to instigate violence. The Second Amendment also has issues with how it is phrased, which creates some division over the central meaning of the passage, which does not help to solve the issue of how to regulate guns. Specific issues surrounding this main idea include the idea of a concealed carry, and high capacity magazines. Both issues are not regulated by federal government, with each state instituting their own regulations and laws about what can, and cannot occur with firearms. Finally, increased background checks have been a point of emphasis for those in favor of further regulations. While useful in vetting felons, background checks are very limited in how they can check for mental illness, with many who have such issues being able to obtain guns that they probably shouldn’t have.

Your article had piqued my curiosity so much that I followed all your links and resources (such as https://www.hsph.harvard.edu/hicrc/firearms-research/gun-threats-and-self-defense-gun-use-2/) to read about “Defensive Gun Use”.

Your article also inspired me to create a summary of “DGU” studies since 1995-2018 from both sides (pros and antis). This link if you want to take a look : https://gungoal.com/blogs/dgu-wars-still-raging-strong/

Thanks so much for your hard work!

Branigan,
I agree with you on this topic. I know there are people out there getting defensive about the 2nd amendment, but what I think we need is gun control, not to get rid of the 2nd amendment completely. People have the right to use their guns, but I think it’s silly that for awhile now, they’ve been able to hand guns out carelessly when they don’t know what the purpose for the gun is. For example, Nikolas Cruz was given an AR and shot up Marjory Stoneman Douglass. There was no background check done, but if there had been, the shooting could have been prevented. According to an article on The Washington post, Cruz was developmentally delayed, had ADHD, and anger issues. He had emotional and behavioral problems and even commented on a post saying he would be a professional shooter. If there had been a background check, I believe the shooting could have been prevented. In conclusion, I think gun control is what we need, I don’t think we need to get rid of guns completely (due to the second amendment), but the gun violence has been taken too far. How do you feel about the topic? Do you think we need the control and background checks?

Hi Branigan,
I agree with the topic at hand with gun control and the consequences with what could happen if we did not have it. Because of the increased gun violence happening in the United States, we need to take into account of what to do with the guns now that they have become so dangerous to the people in schools or other highly populated places. Additionally, if we had background checks that denied people of a gun, then I believe we would have a more controlled and better system of putting guns in the right hands of people who do not promote danger. Although the 2nd Amendment does provide us with the right to guns, we still have to make sure to have a way to have a safe environment across the US. What would you do for gun control if you had the choice?

While I disagree with literally everything you just said and most of it can be easily disputed, this post was at least well-written…

Your post is very well written. You addressed the issue very well and wrote a very informative essay around the issue of gun control. #gunsafety