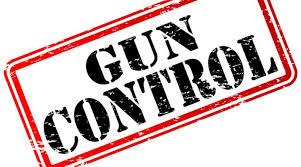 Gun control has a long history and is a very controversial topic. The two main parties, of course, being democrats and republicans have very strong opposing views on whether there should be gun control laws. There are also a lot of stated reasons behind people’s beliefs.

The reasons why many believe in gun control are for the safety of people. Some examples being to reduce suicide rates, to prevent women from being abused, reduce accidental deaths due to guns, to reduce the access of guns from criminals, just to name a few.

On the contrary, many believe that it is our right to be able to access guns (the second amendment), gun control laws would prevent people from being able to protect themselves from “foreign invaders.” They express that few deaths are from guns and that gun control laws give too much power to the government.

Also just to name a few. Frankly, I think that guns have ultimately done more bad than good. The wrong people are able to access them and in many cases, guns are not necessary. Especially the argument of being able to protect oneself from “foreign invaders.” I believe is just a bad argument. What is the likelihood that a foreign invader is going to attack you directly let alone anyone? I understand why people want to be able to have the freedom of owning a gun but given gun history it is concerning.

I’m a strong believer in the 2nd amendment and I can see why people support gun control. The idea of gun control is a good idea but wont work. The reason being is by regulating guns really isn’t punishing criminals it’s punishing the law abiding citizens. If we have gun control or not the criminals will always have guns, they break into house and steal them or buy them off the streets. Gun control take the joy of guns away from good citizens.

Hey Genevieve, thanks for reading and replying my “Where I’m From” poem, I also read your gun control and I agree of your statement for guns.

Genevieve,
I completely agree with your opinion. I believe that it is far to easy for the wrong people to get a hold of guns in this country and proceed to murder and injure people. I think that stricter background checks are a necessity that could prevent so much tragedy and loss. Every person is entitled to their feelings; however, I feel the individuals who claim that limiting their access of guns is infringing on their second amendment rights may have not fully considered several vital factors. One of these is that the Second Amendment was written long before automatic weapons were invented, but now Americans can easily obtain these and kill dozens of people at once. People will still find a way to get a hold of guns because that is an inevitability, but I believe that gun control can significantly decrease the number of gun-related crimes and deaths. You made some very solid points in your post, great job!

Personally I think that the gun control laws that we have work perfectly. Tragedies will happen regardless of what laws are put in action to prevent guns from being sold. For example drugs are illegal, but people still find ways of manufacturing, selling, and buying them so why won’t they be able to do the same with guns? There’s no point in trying to control gun laws when they have been pushed far enough only other thing left if outlawing them, but even then criminals will still find ways of getting them even if the average person won’t be.