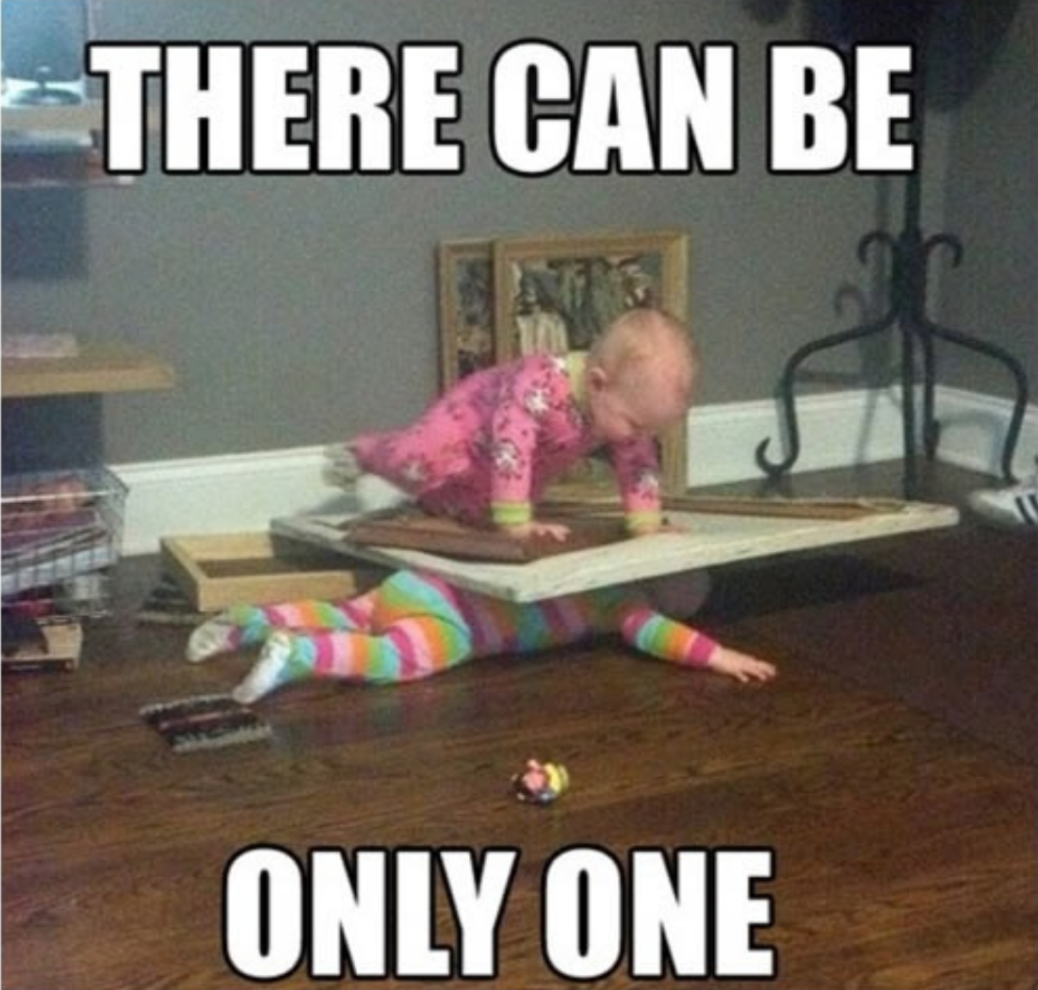 One of the most inevitable and irritating situations for families with multiple children are sibling rivalries, but oddly enough the process proves an important purpose in a child’s realization of their differentiation and conduct. Sibling rivalry is due to many factors surrounding a child’s placement, behavior and the parenting structure they experience which siblings can reflect in their attitude, often resulting in chaos throughout the house.

Sibling rivalry is so extensive and deeply rooted in our history that stories can be found in the Bible and numerous studies, some dating back to the early 19th century, have been recorded. These tellings can offer insight into how rivalries may begin, how a child reacts to certain situations with competition, or responses to parental pressure.

The book of Genesis includes the famous story of two brothers: Cain and Abel. The reading shares the story of a murderous sibling rivalry that typically stemmed from an issue many children have nowadays: recognition and ‘birthright’. Cain, out of his struggle for recognition and pride, kills his brother Abel out of spite. This act stands as proof of intense jealousy from what a child may mistake as favoritism, an unhealthy expression of inferiority, or acts of aggression from a feeling of inadequacy. Since Cain saw Abel being semi-favored by God for his better offering, he immediately wanted to be recognized for his sacrifice too, and became so conflicted that he acted on that suppressed anger which resulted in his brother’s murder.  The lack of intervention from parental figures or improper problem solving tactics led Cain down the path of hatred, hostility, and covetous acts.

In addition to Biblical narratives, Sarah Walter, an associate professor of demography at the London School of Hygiene and Tropical Medicine, conducted a study on siblings of 19th century Belgium (Grose). She found that many years ago, when child mortality rates were much higher than today, many children under the age of 5 who were also close-in-age siblings were more likely to die. Back then, childhood disease was increasing and maternal nutrition was declining, leading to an overwhelming presence of competition for both household resources and parental attention.

Aging into adulthood the chaos begins to subside, but the original conflicts will always remain a part of life and cannot be helped. The severity of this can even lead to sibling conflicts “up to eight times an hour” (Grose). This sibling fighting can leave parents feeling drained and wondering why their kids seem to be fighting so often and if it was their own fault. Issues arising between siblings can result from numerous reasons sprouting from ideas such as “feeling powerful”, “getting a break from boredom”, or even “getting attention” (Center for Parenting Education). Although sibling fighting can prove as an outlet for these goals, it is most definitely not the best way to achieve them. Therefore, as exhausting the fighting becomes, the parents still have a duty to guide their children to express their wishes in a safer and more emotionally healthy way. Encouraging a child’s coping mechanisms like self soothing, problem solving, and verbally expressing their issues can further help how they deal with resolving conflicts that will be beneficial to their future endeavors with others.

Moreover, while in today’s society there are not as many murderous tendencies over table scraps or sacrificial offerings, there are the intolerable acts such as name-calling, arguing, tattling, and hitting (Center for Parenting Education). Despite the antagonizing acts pinned on one another, siblings can actually learn key developmental skills, specifically differentiation, or what makes themselves unique. Grose remarks, “children want to be seen as the most special by their parents, so they’re ‘always going to push for preferential treatment,’ over their siblings”, backing the idea that children may shape their personalities and interests to set them apart from others nearest them (Grose).

Overall, the squabbles, while draining for parents, are a way for a child to develop their identity, if nurtured with emotional guidance. The psychological understanding and growth we have gained since the biblical telling of Cain and Abel, as well as the general economic conditions that families experience have dramatically reduced the level of violence resulting from sibling rivalry. It’s in these safer spaces that children should be able to find more constructive ways to conduct themselves around others.

“Coping with Sibling Rivalry.” The Center for Parenting Education, https://centerforparentingeducation.org/library-of-articles/sibling-rivalry/coping-sibling-rivalry/#why.

This is a great article, your connections are very strong and your picture is extremely intriguing. I feel like the insight you gave to your examples really helped me understand where your point is coming from in different ways but both with the same goal. The only thing I would improve would be a better ending sentence in your second to last paragraph, just so you’re not stuck on a piece of evidence. None the less good work!!

Dear Norah,
I am impressed by your post “growth from sibling rivalry” because I love the connections you made between the Bible and today’s society. It’s interesting how Sibling rivalry is deeply rooted in our history. One sentence you wrote that stood out to me was ” This sibling fighting can leave parents feeling drained and wondering why their kids seem to be fighting so often and if it was their own fault.”

This is a greatly written article! I love the connections between the Bible, history, and modern times! I never thought about it this way, but it makes sense that during the 18th century, most sibling rivalries were over basic survival. Good thing it’s not like this anymore! As an only child, I’ve been lucky enough to never experience sibling rivalry first-hand, but I after watching how some of my friends act with their brothers and sisters, i’m happy I don’t have to deal with it! Again, this is a great article and I look forward to reading more of your work!

I really like how you involved the story of Cain and Abel and was able to connect it to your blog. It really helped intrigue me and made me more focused about how sibling tensions have been a long problem. Coming from a. family with sibling I feel as though many of the things you said are true. I never really thought about what the studies said in your Blog, so it was very nice to. see. what researchers say about it.

I think it was really well written. Maybe you could also include instances or stories that have happened with your own siblings or any stories of how siblings feel as well. Or personal sibling opinions.