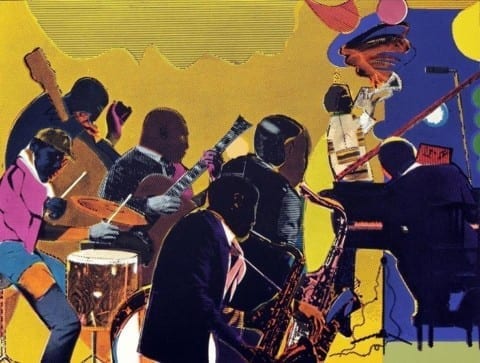 It was fun to go in-depth into the characters of James Baldwin’s story, “Sonny’s Blues.” This is one of my favorite stories I’ve read. I really liked the depth of the characters and their individual journey stories. This is a story I can re-read many times which is something I don’t really do. But this one catches my attention every time. Great characters. Great depth. You can see all of my comments on the story–some of which I wrote after I published this post–on NowComment here.

The main character is dynamic. His archetype changes over the course of the story. In the beginning, he is almost like a reluctant hero. This can be seen in paragraph 13 the author writes: “You mean about Sonny? Yes, I already know about it. How come they didn’t get you?” He doesn’t want to be involved.

But by paragraph 44 the main character has begun to show more empathy. He starts to change his perception of Sonny’s friend and he starts to come to his senses once he started to talk to him and know his side of the story and the situation overall with Sonny. As he says in paragraph 44: “I didn’t hate him anymore. I felt that in any moment I’d start crying like a child.” Evidence of this more empathic character is in paragraphs 44-46.

The main character is no longer the person who judges before speaking as he did with Sonny’s friend before he found out that he cared about Sonny too and that it wasn’t his fault what happens with his brother.

A reader will recognize that the turning point for the protagonist comes when he reunites with his brother and they start spending time with the family, but especially when he had one last talk with his mother before she passed. Paragraphs 93-112 encourage this belief by stating “you got to hold on to your brother,” and “don’t let him fall, no matter what it looks like is happening to him and no matter how evil you gets with him. You going to be evil With him many a time . But don’t you forget what I told, you hear?”

It sums up the main character’s turning point on how he tries to be a better listener and support more, and it left him with great responsibility, in my perspective, to keep the family together as much as possible.

[…] There you will find 89838 more Infos: youthvoices.live/great-responsibility-in-sonnys-blues/ […]

I love how you wrote this, then went back to add your strong feelings for the story in the first paragraph. I hope people take the time to read through your annotations as well as your post here!