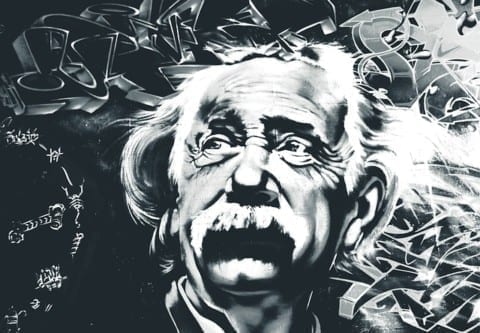 Gravitational waves was a concept first theorized by Albert Einstein in the early 1900’s. He predicted massive moving objects throwing off ripples into space causing space-time to expand and contract. However despite Einstein being able to predict these waves, he never believed that we would actually be able to detect them. Due to his calculations that the waves would be incredibly weak by the time they reached Earth, it seemed impossible to him. However in 2015, the Laser Interferometer Gravitational-wave Observatory (LIGO) was able to prove Einstein both right and wrong. “ At 5:50:45 A.M. EDT on September 14, 2015, the LIGO picked up the faint yet unmistakable rumbles of gravitational waves emanating from colliding black holes containing 36 and 29 solar masses.” (Naeye. 2018). Due to LIGO’s detection scientists proved Einstein’s theory correct but proved him wrong, showing we could detect these waves despite how weak they are.

If only he had been alive to see this discovery! Very informative, thanks Lexi