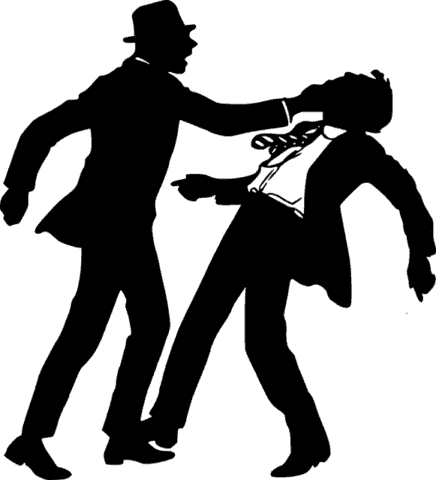 Mass shootings and violence in today’s world is continuing to grow. Many people and groups have been trying to pinpoint blame onto this. Some blame the gun, others blame the media. People who blame the media would say that graphic violence desensitizes you to violence and makes you aggressive and violent. To a certain extent, that is correct. Studies will tell you that, “sleep problems like nightmares and trouble falling asleep go up in preschool children even when the violence they’re seeing on TV is comic cartoon violence, suggesting that there really isn’t such a thing as ‘safe media violence’ at this age.” But this same study will tell you that “Age seven or eight is a turning point.” The kids then can laugh at non-excessive cartoon violence.

This tells you that the violence itself is not the problem at all. Violence in any format on a TV show or movie is a storytelling device that is designed to entertain you or develop the story. Those who are old enough can appreciate and can better handle violence seen onscreen. They can see it and stomach it and not cringe at the violence. Other studies will tell you that violence onscreen will not make you more aggressive and the movies can be an outlet for their anger.  So the question of violence in the media is not the problem, it’s a question of parenting and exposure to violence.

A good parent has to come up with ways of keeping graphic material at bay of their child. They have to setup boundaries and restrict content to your child. Block out shows and movies on the home TV, and the movies you do want to watch, research and watch again to make sure they are age appropriate for their child. Censoring the violence in movies can be an overused tool if not taken carefully.

Harsher censorship of the film itself can prohibit the filmmakers from developing their themes and ideas in the movie and forced to edit it out or sensitize it. Censoring graphic violence does not bring attention important real-life issues brought up within the film using the violence, i.e. rape or crime. But if that is left in, it is left up to the MPAA to judge the rating of the movie. If it gets the NC-17 rating, “they are often banned from distribution in theaters, in rentals or even online, sometimes getting censored for public consumption.” So filmmakers can be in fear of the content and style they want to show in their movies. “The MPAA is made up of people chosen randomly who rate films every day. They cause filmmakers to make cuts and change the content we see. ”

The MPAA has a lot of control of the audience and money the film can take in. One of the primary things a person can take into account in seeing a movie is the rating. For example, if a whether or not a superhero movie is rated R or PG-13 has a big impact on the audience seeing it, that’s why Marvel Studios is on such a moneymaker right now. But it’s also inconsistent. If the MPAA was always accurate of how it judged it’s movies, and gave moviegoers more descriptions of the rating itself, it wouldn’t be a problem; here’s what contained in the movie, here’s the rating. But as this article brings up, that’s never the case. “There is little consistency to the ratings, and the categories lump together, movies that are so different in their content that any individual rating means very little anymore.” The Hobbit: An Unexpected Journey has “Extended intense violence and frightening images” and nudity, yet it still has been approved for children over 11. But many movies are given the PG-13 rating, so many that it is impossible to say what PG-13 actually means and the kind of content in the movie. The rating system needs an overhaul.

But a concerned parent can still watch the movie and decide whether or not the movie is appropriate for their child. It is absolutely unfair to blame the filmmakers and artists creating their movie for the violence of the society today. It is problem of parenting, not a problem of censoring.

Bobby, you brought up a lot of great points. I never really knew how inconsistent film ratings were. I do agree that it’s unfair to blame the filmmakers and artists. Their job is to tell stories, and in many cases, push the envelope. How do you propose we revamp the rating system? Should there be more ratings, more explicit descriptions of the rating and why it was given?
I do see where you’re coming from when you talk about the ‘problem of parenting’. Parents are responsible for their children and what they consume. Should there be a baseline for ages at movies besides just the R rating?
Thanks for your insight Bobby! I look forward to reading more!