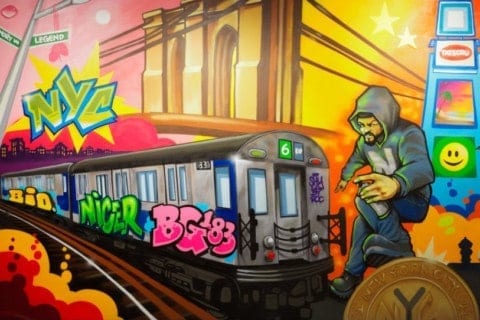 Until now, the plot in Zee’s PLAN reminds me of the city streets. There were three children who want to graph the walls. But they forgot to forget some cans of paint and the ones he had put them on the drawing board and his dad looked at them and asked what they were telling them to do art. but his dad already knew what they were using it. I tell them that he was not stupid that it was to scream the walls and scold him and he wouldn’t let him out. The issues remind me of this because there are a lot of graffiti on the streets of the cities. Whenever we go anywhere there is graffiti I don’t know why people like to graffiti the signs and many people collide because of that.

I liked your article. I agree that graffiti is all around cities and people do vandalize places, but I do still believe that some people that do graffiti is beautiful and that they doin express themselves and show messages through it.

have a good one!
-Carter

Hi Hugo,
I agree that it is hard to understand why people graffiti walls. Why do you think the three children in your book were doing that?