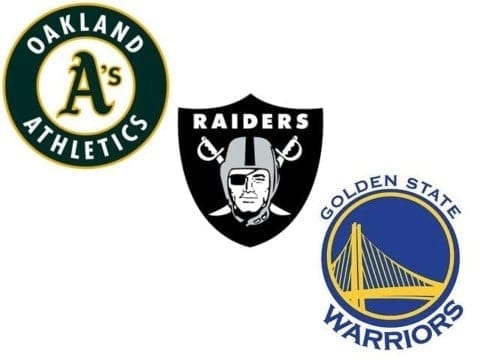 The Oracle Arena or better known as The Roaracle arena has held most of the best Warriors accomplishments and memories. According to the article, “Warriors will soon play in San Francisco, but they’re not abandoning Oakland” it explains that “The Warriors played the nine seasons in San Francisco, as the San Francisco Warriors, before relocating to Oakland.”.Now 48 years later, they are moving back to San Francisco (Shaikin). The Golden State Warriors leaving the Oracle Arena has had a negative impact on Oakland because the community feels abandoned.

Without the Warriors in Oakland, the people of the town feed abandoned. According to the article titled “Warriors to relocate to SF, but at what cost? The writer states,“There is no question that lifelong fans will be alienated by the move, replaced instead by fair-weather rich company employees who are looking for something to do on a Wednesday night” (Hinchion).

The people of Oakland feel as if the Warriors officially gave up on them. The people of Oakland might feel “Alienated” because of the move and feel like they don’t matter anymore to the Warriors. When the author said the word “replaced instead by fair-weather rich company” it made me think of how it’s hard to live in Oakland because of the lack of money being put in the city. Over in San Francisco yeah it might be more expensive to live there but more money is being put into the city and they have better paying jobs. Which brings me to my next quote.  Some even believe that the Warriors moved because of gentrification that is happening in Oakland. Over in San Francisco, it’s very expensive to live there so people in San Francisco need to earn a lot of money. So making a move to San Francisco can be seen as good business choice in order to bring in more money for the team,the staff,and other operations. However, business choice or not, it is abandoning Oakland. According to this article titled“Eleven Miles, but a World Away” The Warriors Make Their Last Stand in Oakland it explains how genrefication could have been a big part of the decision.  “This team is being “stolen” from a historically black neighborhood in East Oakland and being deposited into Mission Bay, a largely white neighborhood with a median household income of $134,000. And that is a betrayal that should not be ignored, particularly in a city that’s rapidly becoming a bleak caricature of itself in the gilded age of tech gentrification”(Weinreb). Gentrification in Oakland might have played a big part in the move. San Francisco has a higher household income than Oakland and have higher paying jobs. Being a basketball organization.

However, not all Oaklanders feel abandoned. In an Interview with an Oakland resident Who played basketball in high school and lived in Oakland for 39 years has a different perspective on the move. His words were,”Personally, I’m happy and ok with it. It’s good for the team, they worked hard and deserve it. It’s nice to see hard work being paid off, being acknowledged for their hard work and sacrifice. Also it makes more jobs in the area (Bay area). So, I see it as ah plus” (January). This illustrates how not all of Oakland residents feel abandoned and are happy that the Warriors got a new arena. He feels like they have done enough for the city of Oakland and brought Oakland some great memories.

The Warriors have recently made a move back to San Francisco and Oakland fans and feel abandoned by them and feel left out of the fan base. San Francisco is a higher paying city in California so moving back there won’t be a terrible idea. The next time you watch a Warriors game think of the many reasons why they might have made the move.

The Warriors had a very long tenure in Oakland and have now decided to move back after 48 seasons. We will all cherish the memories that they made in the Oracle Arena and forever will remember all the great players to ever put on the blue and gold. This source is credible because it was written on April 8 of this year. The author is credible because he focuses on multiple sports. This article is trying to inform us that the move has happened and how things might change in Oakland and San Francisco.

Hinchion , Brian. “Warriors to Relocate to SF, but at What Cost?” The Guardsman, 7 Dec. 2018, warriors-to-relocate-to-sf-but-at-what-cost/

This interview was about the Warriors leaving Oakland. Anthony January had a different perspective on the move. He was happy that they got a new place to call home because they have worked very hard and deserve it.

My name is Cristine and I’m a student at SJSU! Your blog post really interested me since I am a fan of the Warriors and was actually really interested on the different perspectives people had on their move to San Francisco. I definitely agree that abandonment is a major issue in this move, there have been so many memories and historical moments that happened at Oracle. I initially thought the move was tragic due to the sentimental value that Oracle had, but you bringing up gentrification definitely enlightened the situation a bit. I think Oakland is going to lose a lot of business that came from Warriors games, and it’ll be hard to gauge what economic hardships will happen. Despite their move, Oakland will definitely be remembered in Warriors history. I hope you continue to stay a fan! Remember, strength in numbers.

Your post “Golden State Leaving to Golden Gate,” is an interesting read. I’m not caught up with sports but your post provided informative details that helped me understand the situation on the Golden State Warriors. I really enjoyed reading your piece and how there’s more to watching sports and being a fan. There is a lot of behind the scenes going on and how a team moving to different places can greatly impact the community. What stood out to me the most is the issue on gentrification and how it affects a sports team. Gentrification is an important issue to discuss and how there are many factors involved, such as sports teams. Another thing that stood out to me the most, is providing two different opinions. I appreciate how you provided two different perspectives to give a better understanding how people are feeling. Great job!

Jacob,
Thanks for sharing what you learned and pointing out a number of consequences of the Warriors move to San Francisco from Oakland. I also appreciated how you shared one Oakland resident’s view on a positive side of the move. I’m curious what will happen to the old stadium and how Oakland might use that building and land for other businesses, new jobs, or more housing. What would you recommend Oakland do to try to make up for the loss?
Best,
Erica

Dear Jacob, I liked how well detailed your article is. The part that I liked and agree with is that Oakland might feel abandoned if they don’t have their basketball team, no more. I really enjoyed reading and commenting on your article.

Thank you so much for reading my blog. I appreciate that you agree with me and understand where i’m coming from.

Dear jacob, I liked reading this article because you gave two different thoughts about the move. I agree with the fact that the city feels abandoned. I feel the warrios gave Oakland more importance then what it has and now its taken away. Anyway thank you, I enjoyed reading your article.