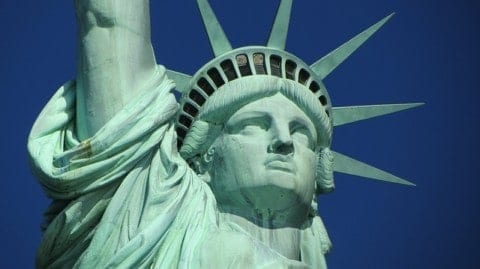 In February of 1954 Rev. George Docherty delivered a sermon to a congregation that President Dwight D. Eisenhower was a member of. In his sermon Docherty stated that “To omit the words ‘under God’ in the Pledge of Allegiance is to omit the definitive factor in the American way of life,” pushing for the words to be added to the Pledge. Since then, many have protested that this neglects other religions within the United States as well as atheists. Docherty also had an answer for that in his sermon. He said, “An atheistic American is a contradiction in terms,” later saying “If you deny the Christian ethic, you fall short of the American ideal of life.”

The original Pledge of Allegiance, as written by Francis Bellamy in 1891, states, “I pledge allegiance to my flag and the Republic for which it stands — one Nation indivisible — with liberty and justice for all.” Tweaks came later, but ‘under God’ was not added officially until 1954.

I thought that “under God” was in the Pledge of Allegiance from the very start. It’s fascinating to explore how religious ideals have influenced greater American culture, especially in the relatively recent 20th century. It would be very interesting to read responses to Rev. Doherty’s claim from a multitude of religious perspectives. Personally, as a non-Christian, I believe that one does not need to be Christian to fulfill the “American ideal” (values such as self-determination and freedom, in my interpretation), as they are unrelated to worship of a deity like God, but one can be religious and fulfill the ideal at the same time.

I had no idea this was a thing. It’s highly ironic, considering American ideals of religious freedom. This topic will make a very interesting essay; I’ll be interested to read it.

I never knew that “under God” wasn’t in the original pledge. I wonder why “under God” was added in the 50’s. Could be something to look up for later.

Wow, great post. It’s interesting, I have never thought about the pledge in that sense. It’s odd that a country that portrays itself as religiously diverse has such strong connections to Christians the ideals of them. Its a contradiction in all senses.