Go Veggie for a Day

Home Go Veggie for a Day 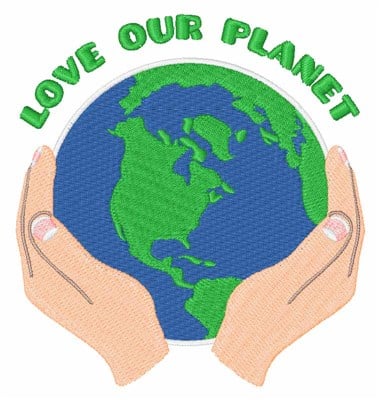 As climate change continues to be a major issue in our society, evidence is growing that being vegetarian can help save both our planet earth, as well as trillions of dollars. By replacing meat with vegetarian sources of protein, such as nuts, beans and lentils, we can overall reduce carbon and other greenhouse gas emissions. Studies show that eating a vegetarian diet means 2.5 times less carbon emissions than a meat diet.

It can be very difficult to transition into a committed vegetarian diet, however if everyone ate vegetarian for just one day a week, we would see many improvements in our climate. Kathy Freston previously published data about the impact of going vegetarian for a day. The data indicated that, “as a country eating vegetarian for one day, we would save 100 billion gallons of water, 1.5 billion pounds of crops that would otherwise be fed to livestock, 70 million gallons of gas, 3 million acres of land, 33 tons of antibiotics; 3 million tons of soil erosion and $70 million in resulting economic damages; and 4.5 million tons of animal excrement, which would eliminate almost 7 tons of ammonia emissions, a major air pollutant.”

We know from these numbers that just one day’s adoption of a vegan diet can have a significant impact on the earth. With all of these positive impacts, a vegetarian diet for one day per week doesn’t seem too bad. If we stop being so oblivious and arrogant and start caring for our planet, then we will be able to see improvements in our earth’s climate.

Hi Madi,
I loved reading your article. Becoming vegetarian is going to be one of the most impactful steps we can take as humans to help save our planet. I have been eating meat my entire life which causes me to believe that I can never not have meat be a part of my life. Do you think that people like me could ever fully quit a meat based diet? What could be done to make the transition easier? Here is a link to a website that may help:) https://www.health.harvard.edu/staying-healthy/becoming-a-vegetarian

Dear Madi, I did not know being vegan can impact and effect the world so much, that’s crazy, thanks for the facts and opinions. It is true that climate change does continue to be a major issue in our city, and we can’t completely stop it, but we can take steps and take action to prevent it from getting it bigger. You say we can reduce carbon dioxide and greenhouse gas from getting bigger, but in order to do that we have to let go of the things we love like meat, and replace them for something that we need, rather than what we want, but that’s life right? We fall in love with toxic people but need to leave them because they are not what’s best for us, not what we need. Same for this case, we don’t need these meats because they are not what’s best for us. This essay stood out to me because this is a worldwide problem that we all need to talk about and take charge on. Loved this article, and I hope to read more from you in the future, your information got me attached.

I am amazed by your comment “Go Veggie for a day” because you talk about our planet and talk about something that nobody had put before. I am from Mexico and I live in California. One phrase I liked was “As climate change continues to be a major issue in our society, evidence is growing that being vegetarian can help save both our planet earth, as well as trillions of dollars,” because you talk about caring for our planet. How not to use so many vehicles so that they do not affect the environment and you also talk about that if only one day we eat vegetables we will be saving 100 million water. Thank you for your writing I hope to continue hearing more of your comments because I want to learn more about the world. What is your favorite culture?

This essay stands out to me because it is a practical approach to a complicated problem and will help many environmental issues. I agree with you that a vegan diet one day a week is a very attainable goal. One reason I say this is many other solutions are very far fetched and would require every person to drastically change their lifestyle. One reason that I believe this isn’t the best solution is that there isn’t a very good way to enforce this and people aren’t very understanding and trustworthy. Thanks for your writing. I look forward to seeing what you write next because I am very interested in environmental science and you put a good perspective on possible solutions.

Wow, I didn’t know that only one day of being vegan could have such an impact on the environment! I wonder how we can get more people committed to making this change.