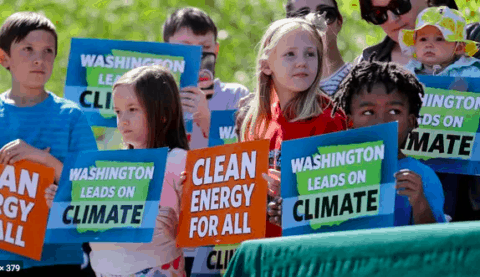 Global warming is a huge problem going on in the world that I think often gets overlooked in everyone’s day to day lives. Global warming has been a rising threat that has been observed since the mid 20th century. The rise has been caused by the expansion of the greenhouse effect humans have affected which results in the atmosphere traps heat radiating from the Earth towards space. There are 4 main gases that humans use that contributes to global warming which include water (H2O), nitrous oxide (N2O), methane (CH4), carbon dioxide (CO2).

Global warming has come with many issues that can eventually threaten humanity if there is no effort to change and make the atmosphere clean again. Global warming has shifted weather patterns, threatens food levels, raising sea levels causing possible floods, and many more global impacts. The global temperature has risen 0.85 degrees celcius from 1880-2012. The sea level has also risen 19 cm from the melting ice in the same amount of time. The global temperatures have been rising since the industrial revolution which has lead to melting ice and more problems.

Obviously we are in need of a change to prevent this global issue from getting worse and to have a better future for us and the people who will come after us. There are plenty of ways to do your part in your home by making it more efficient but also you can help by speaking up and making more aware of the severity of this issue. Also a big way to help would be saving water and reducing your waste by using refillable water bottles.

Hello Timothy, I very much enjoyed your article Global Warming Threats. I thought your link to more information on the greenhouse effect was very helpful because that term constantly gets thrown around in these arguments, so getting an in-depth look on it was good support for your article. One thing I would like to see from you is more detail on how your proposed solutions will help the problem. I know the recycling system in the US has many issues, so I would like to know how helpful or not helpful using refillable water bottles will be to reduce global warming. Overall this article was very informative and I am looking forward to your next insightful take into “hot” topics like global warming.

Hi Timmy，I am so interested in your topic. Nowadays, the global warming are affecting our life and the earth.
There are some effects of global warming:

Food and meat will be scarce, a direct threat to national stability. Food scares and fights are no longer the preserve of backward villages.

The whole cycle ensures a stable balance of our fresh water. But now global warming has made ice and snow accumulation far less rapid than melting, and some icebergs have stopped accumulating, cutting off local drinking water. This will lead to conflicts and wars caused by water shortage.