Global warming and its effects on animals

Home Global warming and its effects on animals 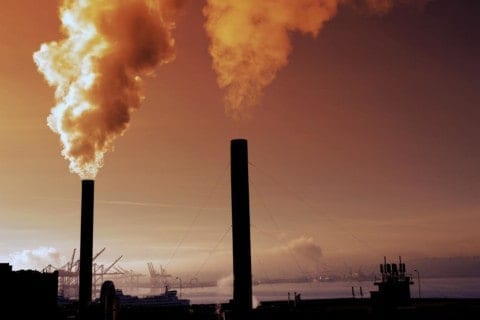 We are writing to you because you are the Chairman and Chief Executive Officer of General motors company (GM.com).According to US Global Warming

Emissions, the global warming endangers our health and one of the causes of global warming is the big trucks and cars that your company creates. The trucks your company has made emit around 24 of carbon dioxide and other global-warming gases for every gallon of gas. Also, more than 19 pounds per gallon comes right out of a car.

(ucsusa.org).We know you are the leader from GMC company and you can promote the gas powered vehicles to be electric powered vehicles, and will make a change to global warming.

We are writing to you today about Global Warming for animals and how it affects the ecosystem. What caused this issue is, gas powered vehicles that the company produces and we need to change this before the issue gets worse. To prove this I found some evidence on a .org website which means that is trustworthy since they don’t do it for the money. “We cause air pollution directly through our use of electricity, fuels, and transportation.We also cause air pollution indirectly, when we buy goods and services that use energy in their production and delivery”(cleenerandgreener). This is talking about the graph below and it helps you visualize the effects. By this you’ve harmed/ institutional oppressed some people for example you’ve harmed the arctic because the pollution has mixed up some food chains. The effects will harm the community negatively because global warming will cause the food chain to change and some native people wont have food to feast on.

We know people have been talking about global warming for a while and they have been wanting to take action. Some people have been doing this by going on Social Media and Marches and rallies as well to raise awareness to the problem. For example a video on Instagram was getting posted all over the site and it was saying for every thousand views they would plan a tree. The video got over 2m+ views in 24 hours and the video was posted by big pages on the site as well and it talked about pollution and how it was hurting animals. In addition another tactic of social change used is marches and rallies because there are a lot of marches that want change to happen. There are students who walk out of school to march and to raise awareness of global warming. On March 13 98 countries have planned marches. Students and teachers have done the march to raise awareness to stop hurting the planet before we have nothing left on it and there is no other planet that we can live on If earth gets destroyed.

GMC makes many large cars and trucks, which are huge sources of air pollution. We are writing to you to ask you to make smaller, more fuel efficient cars, and to ask you to invest in the creation of an electric car. These goals are important because the Arctic Circle is melting, which is bad for the animals that live there because they can go extinct without somewhere to live. Making those changes to the GMC line will help because it will make the environment healthier and protect animals’ habitats.

We are also doing our part to address this issue. As a group we are trying to bring awareness to global warming and its effect on animals and want to make a change. We decided to be upstanders and made an Instagram account and created a hashtag to accomplish this goal. We made some flyers and posted them all over the school to raise awareness of our topic.

In conclusion we want more fuel efficient cars to be made because if we don’t have them the ice will melt and it will give less animals places to live. We ask to make less trucks and suvs and the ask we have will make the environment more healthier.

This article is about students that walk out to march about global warming and how its harming the planet and everything in earth. Its credible because its a .ca.

this article talks about the students that walk out and to this march. This site is trustworthy because its a .org