Glimpse of a Trip

Home Glimpse of a Trip 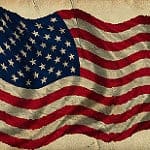 Oh how crazy she was,

Just as risky as others

Lookin for a better view

Maletas packed ready to not look back,

She left without saying bye to her queen.

She needed money, clothes, a place without violence and a place to heal.

Oh how lonely my mother must’ve felt knowing the struggle was real.

Ain’t no one knew she was planning to leave until she did,

She was emotionally drained and couldn’t continue with the pain,

So she left leaving the luggage that she couldn’t obtain

Mi tio Fermin, man what a king, thank you for raising my brothers and me.

But let me save that gratitude for after this piece

My mother met up with my uncle in Tijuana,

Can’t tell you what happened after because of the trauma

Getting locked up for not having this stupid lil green card that identifies foos,

Fucking migra, ya’ll don’t know how much I miss that dude.

Got sent back to Mexico as fast as he could.

You know what’s crazy to me?

That I can’t properly mourn to a cousin of mine who lost his life trying to cross the border line.

To the one’s that still don’t understand, listen closely…

You will never understand what the people that crossed left behind

because you’re so caught up on the fake news about my people being criminals, aliens, and drug dealers.

My mother does not deserve to be treated like shit, not my father, not my tio’s and tia’s, not my cousins, brother’s and sisters and neither do yours.

Overall, I’m going to show my appreciation by continuing to fight, just like they did for me and you.

What a beautiful tribute to your mother and her courage! I hope that you share this piece with her!

I love that you use poetry for your activism. It’s so strong! 🙂