Should people in prison have the right to vote?

Home Should people in prison have the right to vote? 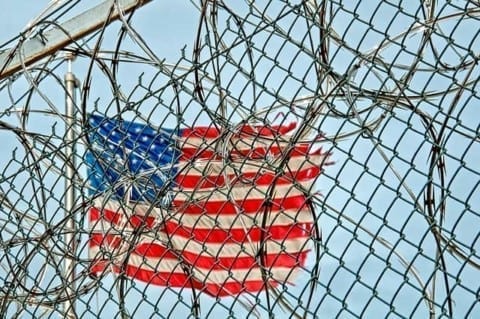 In the United States, a large percentage of the population is incarcerated. Some of them are petty crimes and some of the cases are serious penalty crimes.

I am a student from Back of the Yards College Prep and I am accompanied by my partners Elizabeth and Evelyn. We are studying whether or not people that are in prison should get the right to vote.

We all said yes for the reason that it would be really beneficial for the prisoner if he/she gets out of prison and comes into the world with not being blindsided by a whole new set of laws that could make it more difficult for them to function.

The next reason would be it could create a more fair justice system if they were given the right because it could create more laws to be put in place so serious actions like the death penalty and a life sentence cannot be given to someone without compelling evidence.

We also think that it could be really beneficial to the prisoners family. If it were a case of someone getting life in prison then the prisoner can vote to help the family get through hard situations if they were going through problems. Or if the family are immigrants and didn’t have the right to vote and the one who became incarcerated did then the prisoner could have the advantage rather than the family having to suffer from any new laws that could punish rather than help.

We would like to know what your opinion is and what you think about our reasoning. Thanks for listening!

Hey Melanie, this is quite the topic and I personally had never thought about it. I will have to disagree with you although you made valid points. People in prison do not deserve to vote because as soon as they committed the crime they did,they lost that right. Great article article but I strongly disagree with you.

Hello Malanie, this topic you’re writing about is very interesting because I’ve never really thought about it before. I think your opinion is reasonable given your rationale and I agree with it, but I think there could be better systems put in place for improving voting for prisoners. One is that the prisoners should have good access to news either via TV channels or even newspapers. I don’t know how accessible these currently are to prisoners, but a problem I see with prisoners voting is that they don’t really know what they’re voting for if they don’t get enough information on it. Another compromise to this that I could see being effective is having some crimes rule out a person’s right to vote. For example, if someone went to prison for tax fraud, I don’t think that crime is serious enough for someone to lose their right to vote, but if someone committed murder then I think it is fair to take away their right to vote. Overall I found this article very interesting and would love to see you post more about this topic.

This is a very interesting topic, and one that I believe is very debatable in our current legal and justice system. I think that it is important to think about, as the right to vote is inherently part of our rights as humans. On the other hand, we are looking at people who have acted against the legal system, and so therefore should they have as much of a voice in participatory democracy as citizens who have obeyed the law? As for the laws relating to what to do within the legal system, I believe that this may yield inaccurate results of how the public actually feels, as they may be bias.

Overall, this is a very interesting topic to think about, as it has a variety of positions to take on and many differing standpoints. Heres a link that may help you with further research (https://www.theperspective.com/debates/politics/convicted-criminals-right-vote/)

Cant wait to see what further research you do on the topic!
Megan

I do agree with some of the ideas that are presented In your post, but I also have some things I disagree with. I do think that before incarceration, the government should make sure they have their right person(true criminal) since there’s been many cases where innocent people pay for the consequences belonging to someone else. However, I don’t think actual criminals deserve all rights that were given to them since the moment they were born. They broke the law/disrespected the law. Why should the government respect their rights? Especially if they’re willing to repeat the same steps.

I completely agree with you about this problem. The prisoners are often compelled in society, almost like they don´t deserve their right as a citizen. It´s true that a lot of them are dangerous but it doesn´t make a good reason to deny or compelled them. So I think this will help the situation better, and I´m also curious on how the election will play out with prisoners being involve in it.

Dear Melanie, I feel like this is a very interesting issue that should be up for debate. I think every vote should count even people in prisons. I know that the moment a person has been arrested half of there rights are automatically taken away but they should have the right to vote. Their votes could have a big impact and make a change in the political race of determining the president.

Dear Melanie, I thought that you came up with some good thoughts. I never really thought about how the people in prison could be blind sighted by the lack of not being able to vote, and I agree that they should be able to vote as well. Depending on the crime that they may or not have done of course.

Melaine,
I think your thoughts about prisoners getting the right to vote very informative on the benefits of getting prisoners their right to vote. I thought your second paragraph about criminals getting their rights said to them, but then being denied to them. I think your topic is interesting and I would love some more research on states that allow prisoners to vote and how it is effecting the elections.

This is a very interesting topic to think about. I think prisoners should be allowed to vote in prison; it is highly unfair to deny prisoners their constitutional rights. You might find this article interesting: https://www.politico.com/magazine/story/2016/06/prisoners-convicts-felons-inmates-right-to-vote-enfranchise-criminal-justice-voting-rights-213979

Hey Melanie,
This is a hard question to answer. This was a well-done article about the rights or prisoners and I do not think that there is one easy answer. Simply put, if you are an American citizen then you have the right to vote. However, if a person is in jail then they have broken the law (no matter how petty), so they, in turn, give up their right to vote. Again, this is not an easy question to answer because every persons reason for being in jail is different. Here is an article that I think you would find interesting. https://www.sentencingproject.org/news/opinion-prisoners-allowed-vote/
Cheers,
-Sophie

Melanie Elizabeth and Evelyn, I agree that prisoners should be able to vote because without their vote the turnout in elections and laws is made by an unrepresentative population considering the overwhelming percentage of people that are incarcerated in our country. I also agree with you that it is important that not every right is stripped away in prison, including this essential one to American values. I found an article that I linked below which provides information on the issue. Thank you, Lola

I agree that it is important for everyone to be able to vote, including those in prison. Here is a link to an article that I think would be beneficial in further developing your argument.https://www.politico.com/magazine/story/2016/06/prisoners-convicts-felons-inmates-right-to-vote-enfranchise-criminal-justice-voting-rights-213979
I like your topic, but I think it is important to discuss ways in which a change can be made to allow prisoners to vote. I would enjoy reading an article by you going further into what gives people the rights to vote and what does not allow prisoners the right to vote. In my government class, we are going over the rights of citizens, looking at court cases, and analyzing such documents as the Constitution. Your article is reminding me of the difference between federal and state powers. Most specifically a case in which a man followed state laws, but was put in federal prison because it did not follow federal law. I think it is important to know the rights of prisoners and what can be changed to allow them the same rights as other people. I liked how you started with the question of “If you were given the right to vote outside of bars, then what makes the difference inside?” Yes I like your thoughts on why they deserve, but I think finding sources and examples will help further your argument. Can you find ways to get to the root of the government and why they do not allow prisoners to vote? I think this essay is good and finding solutions and way we can make a difference would be helpful.

Melanie Elizabeth and Evelyn, you made a great argument and the issue as a whole is so incredibly interesting. I would love to learn more about the ethics rooted in the united states governments and justice system because ultimately we are debating a citizen’s right and as a nation we need to decide if breaking the law should strip you of citizenship and therefore rights. Understanding prisoner’s perspectives and power behind the right to vote as a criminal may be eyeopening as well since it does determine how they participate in society. I hope you writing again!

I strongly agree what you said. I think it is important for all citizens to have right to voting. Here is some sources that might help you: https://www.sentencingproject.org/news/opinion-prisoners-allowed-vote/
Have a good day! — Clinton Kwong

I found your topic very interesting with lots of great evidence to support your claim that prisoners should have their rights back and vote. here is a link to help support your claim and show the debate around the issue. https://www.vox.com/policy-and-politics/2019/5/13/18535423/prisoner-felon-voting-rights-bernie-sanders-2020 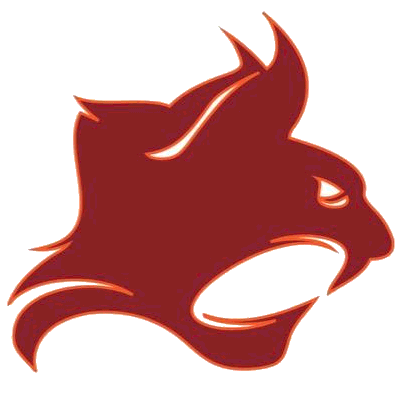 Back of the Yards College Preparatory High School. Chicago, Illinois

Back of the Yards College Preparatory High School