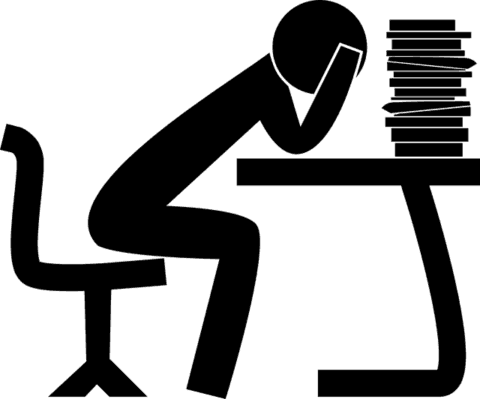 There is a big debate about girls and their school uniforms whether or not girls wear their uniforms appropriately during school. There have been multiple cases about girls who have stood up for what they think is right when it comes to what they wear to school. One of them is about how one girl sued her school because the school officials did not comply to what she was saying about how what she was wearing was appropriate for her school uniform. I am not saying that it is just girls who get in trouble, but boys do not get in trouble as often.

There was an article about how some 8th grade students were pulled out of class because their school administrators that their outfits were a distraction to the boys. It was the hottest day of the year and they were told to cover up. Many parents questioned since when is skin that is on the human body a distraction. It is also about how they want to change the dress code, not shun the girls. I agree with this because girls are getting in trouble for what the guys are doing. The guys should be punished if they are not able to control themselves around girls.

There is another article about an 8-year old transgender child who is suing her school because she was prevented from using the girls restroom and was forced to wear boys uniform clothing. The school neglected to call her by the correct pronouns and name. “This case sends the message that in California we don’t tolerate this type of discrimination,” she said. The lawsuit says Nikki now attends a school in the Placentia-Yorba Linda Unified School District, which has affirmed her gender identity and is working closely with her parents. The family is asking for changes to the school’s policies and an unspecified amount in damages.” This is a different type of case, but she should not be treated differently and told to put on a different uniform because the school officials didn’t like it.

This has been a problem for even me and a lot of other girls at my school. We have been told not to wear our shorts shorter than our knee or we can no longer wear skirts because guys were looking up them. This is not our problem. This needs to be changed. We follow the uniform requirements, but we are constantly blamed because some guys don’t know how to control themselves.

Very well presented. Every quote was awesome and thanks for sharing the content. Keep sharing and keep motivating others.

You’re so awesome! I don’t believe I have read a single thing like that before. So great to find someone with some original thoughts on this topic. Really.. thank you for starting this up. This website is something that is needed on the internet, someone with a little originality!

Hey, Brooklyn. I really like what you are saying here, and totally agree with it especially in the context of our school. The restrictions are very well laid out, but many of them are ridiculous and obviously directed at the girls. If guys break the same rules, such as rolling shorts and shirts, there are rarely consequences whereas girls always get in trouble for it. Here is an interesting article by CNN about this topic: https://www.cnn.com/2017/05/30/health/school-dress-codes-body-shaming-girls-parenting/index.html. I’ll look forward to your next post.

Hey Brooklyn, as I am sure you can see, your post is one many have a feelings about. At my school boys and girls where the same exact uniform. The issue I have with it is the fact that girls can be written up on more things than boys, including our bra color. I think this is ridiculous and a far bigger issue than ‘distractions’. There’s nothing punitive there.

Brooklyn, I find this topic very relatable, especially at our school. It seems that it is only girls who get in trouble with violating the school dress code or the school uniform. I believe that uniforms are a great thing, but they need to be more accommodating for girls. Obviously boys and girls wear different things and schools need to be accepting and accommodating of that. Here is an article that you may like: https://www.cnn.com/2017/05/30/health/school-dress-codes-body-shaming-girls-parenting/index.html

Hi Brooklyn! I enjoyed reading your post and could relate to the restrictions of the dress code. When I was in middle school the administration set a dress code that restricted girls from wearing leggings. When students asked why they did this, their answer was always that it was a distraction to the boys. Yes this is an easy way to get rid of this issue, but is it the best and most fair way to go about it? I don’t believe so.

Hi Brooklyn, great post? When talking about “why” girls are being accused, you should give some more points on “how” they are being accused of breaking code. I along with other students have seen this happen to many people during the school year, but in some cases what actions that the school did were necessary; as a private institution we sign a form where we agree to follow school conduct, I believe we should just properly follow there rules. I do agree in the opinion that we should have seasonal dress codes though, students should be able to dress more “freely” but at the same time properly-when writing about your topic, try to create more of a 2-sided argument.
You can read or “wonderful” principal statement about “lead with their hearts along with their minds”
https://www.judgememorial.com/apps/pages/index.jsp?uREC_ID=256068&type=d&pREC_ID=585752

Brooklyn,
thank you for sharing about this topic. I believe that it is a big issue, especially at judge. We should not have to cover ourselves up so that thew boys can focus on their schooling and academics. It is somewhat of an injustice, and I am not okay with it.
Check out this article, I think you will enjoy it.
http://girlsuniformagenda.org/why-options-2/arguments-counter-arguments/
Thanks!

Brooklyn,
The stories you found are very compelling and I think it reflects what the problems with uniform really are. I think it’s important that the girls aren’t distracted from learning by having to put so much time into considering something so minimal. I think you would be interested in researching the prom dress codes schools enforce too (http://www.refinery29.com/2017/02/142248/prom-season-sexist-dress-preapproval-policy). The reach has gone too far in my opinion, but I am curious to see where you go with it.

Brooklyn, this is an interesting subject. At Judge, the girls and boys wear the same uniform (different models for gender but still same idea), so there is no gender enforced uniform for those who don’t identify with a gender, however I have personally seen boys wearing shorts so short that if girls were to wear them, they would definitely be dress coded. There is also a big issue with the cheerleaders not being allowed to wear spanx in front of the football players because they get “too distracted”. It would be interesting to hear your personal experience with the Judge uniform. I look forwards to it.

Hi Brooklyn, I am interested in your research topic. In my opinion, students should wear school uniform but schools should not be too strict about uniform. Students should be able to use their imagination to make some proper changes about the uniform so that everyone is unique and students will enjoy wearing them. However, teenagers make poor choices and teenagers can’t control themselves.
Here is useful link: http://www.kingsnews.org/articles/the-restrictions-of-school-uniform