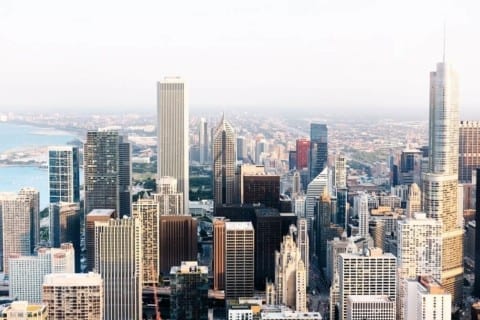 How would society function if people were displaced out of their homes and experience a fallout of identity within a community? It causes an array of consequences and many communities have gone through this experience called gentrification. Gentrification is a process of a neighborhood changing and revitalizing space and buildings.

There can be several outcomes during the process of gentrifying a neighborhood. It can cause negative impacts. One example is long-term residents start to encounter issues in paying their rent. With a boost of people moving into a neighborhood, prices in rent start to grow. This makes it difficult for people who live in the area to compete with the increase in money. One incident was “in July 2015 in Chicago, rents of two-bedroom apartments had increased by 5.2 percent a year since 2012” (Anderson 6). Neighborhoods that are typically gentrified are poor and house many people who struggle to find the money. That is why gentrification poses an issue to those long-term residents. Another negative impact is it can cause heavy psychological issues to those affected. When a community starts to change and new people come in, there is bound to be a displacement from the other members. These “… changes in the make-up and character of a neighborhood can lead to a reduced sense of belonging, or feeling out of place in one’s own home” (“Gentrification Explained”). It makes it difficult for members of the community to resonate with their homes. Gentrification can make it tough on the mentality of these people and it can cause them to feel lonely when they are surrounded by their community.

The extent of gentrification is very large. This method started around the 1920s and became introduced in the city of Chicago around the 1930s. Over time it has gotten progressively  worse in the city. Many areas were left alone until developers saw potential in locations. These “areas that have been going through development the last few years, from Bucktown to Humboldt Park” (Anderson 5). Some other locations are Logan Square. Gentrification is not only happening in Chicago, it is occurring in other large cities like San Francisco-Oakland in California or even in New Orleans. Gentrification can occur anywhere. Due to the large extent of gentrification, it can affect an even greater number of people. It can impact people of all ages and gender. More specifically it affects “lower-income minority citizens” (Anderson 4). People who cannot compete with the new changes made by gentrification are heavily affected. Many issues have a beginning and an end but gentrification does not necessarily have a time frame.

We should care about this issue because it is occurring more in these past couple of years and it can have great consequences that can be seen in the future. It impacts heavily on those that go through this experience. We should offer support and assistance to the people that are displaced because of gentrification. Gentrification can lead to more division than unity in communities and it destroys the definition of a home for some families. Another aspect of gentrification is that because the neighborhoods are evolving, important history and culture are being lost. These outcomes can occur if people do not take action and alter how gentrification affects people and communities.

The process of gentrification is known by many but the effects of it are just as important. It can cause issues for those that financially struggle and it impacts the sense of belonging that comes with a neighborhood. It is a problem that is more recent and it should be brought to the attention of others.

Amarylis,
I really enjoyed your blog post. You did a good job in presenting the issues that gentrification brings to communities by giving specific examples including financial struggles, a loss of culture, and overall division. You established a sense of exigency throughout the post and especially at the end that helps the reader understand that this is an important issue that needs attention now. I also enjoyed how you wrote about Chicago specifically followed by an explanation that this is happening everywhere because it allows the reader to have a better understanding of the scope of the issue.