Home Gentrification Could be Hurting Oakland 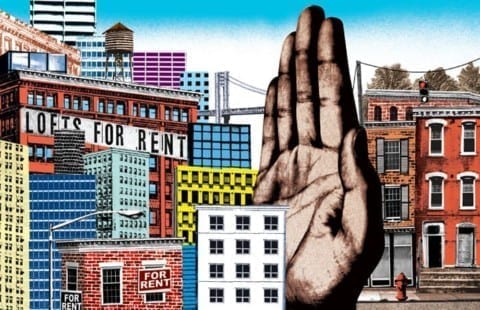 Gentrification has become a problem for many Oakland residents. Did you know that gentrification may be the of cause for homelessness rates to rise? Well according to East Bay Times, “The cost of housing was listed as the reason 57 percent became homeless” (Hedin). West Oakland residents are worried that they will one day have to sleep on the streets. Whether it be from not being able to pay rent or mortgage on time, or the house prices in Oakland are too high people are getting kicked out with nowhere else to go.

One of the reasons why gentrification could be a big problem for many Oakland residents is because of the increase in rent or mortgage causing eviction rates to go up. In the article, “Eviction Rates in the Bay Area” by Lynda Carson, it clarifies “In Oakland which has weak rent control laws, according to records from the City of Oakland from 1/1/2016 through 12/31/2016, it received 8,551 eviction termination notices… Out of 784,923 renter households in the San Francisco, Oakland, Hayward area, there were 12,362 evictions during the past year” (Carson).  This is important because there are people who can barely afford to live in Oakland since rent is increasing and those people who have been evicted would either have the choice of living on the streets or moving somewhere cheaper where there are barely any higher paying jobs. One of my interviewees who lived in Oakland but moved to Bay Point stated, “One of the reasons we moved out was because of rent; and since my brother moved out it was a bit harder to pay for rent and to take care of ourselves. I go to work in Richmond since the jobs out here aren’t really good. You should already know that Richmond and Bay Point are pretty far from each other ”(Anonymous). This is important because people who move out of Oakland and into cheaper places leave behind higher income jobs. In order to get decent salary, they would have to drive all the way to a different city to earn money and gas prices in California are already high enough along and public transport is pretty slow.

Another reason why gentrification could harm West Oakland is because of the number of residents complaining about homelessness rates increasing. There has been many Oakland residents since August of 2009 complaining about the increase of homeless people with it increasing by 600 percent since 2016. In the article, “Oakland Residents say That Tent Encampment is Threatening Neighborhoods” by Devin Katayama, it states “Oakland’s unsheltered homeless population grew 37 percent over a two-year period and has become the city’s most visible problem. Those with and without homes feel like the city hasn’t done nearly enough to solve the crisis” (Katayama). This is showing how the city is not really taking major action about homelessness in Oakland; they’re just mostly shifting their focus seems to be towards money and moving in people who can pay rent, but those previous residents are the ones who either have to move to a different city with less jobs out there or live on the streets.

Some may say that gentrification is helping Oakland because it is making the city look less ugly than it already is. Since the start of gentrification, crime rates have gone down. It is basically “cleaning up the city” by raising rent, taxes, etc. As stated in the article titled, “How Gentrification Works” Roos says, “Gentrification is a sign of economic growth. As money begins to flow into a neighborhood, many aspects of everyday life are changed for the better. Buildings and parks are renovated and beautified. Jobs arrive with the increased construction activity and new retail and service businesses. Crime rates decline. As the property tax base increases, so does funding to local public schools” (Roos). This means that Oakland could possibly become a more enjoyable and well rounded community. But this will be already breaking up communities in Oakland that have been here and grow up together. And in places where I live, nothing is happening with the city cleaning up parks and cities. It’s still the same old park with busted up swings and slides.

In conclusion, gentrification could be harming Oakland more than helping because of the increase rent and homelessness increase because of it. Oakland wants to become a better city but kicking out people who’ve lived there for years would just cause a problem leaving some bitterness towards gentrifiers.

She has lived in Oakland for a while now and as seen it go through many changes and have seen people come and go. She didn’t know what the word gentrification meant until I told her and she started to talk about how it made her lose contact with some friends since those friends got evicted because they couldn’t pay rent. Rent is also a struggle with her and she might have to move but she doesn’t know when. When I asked her about the new people moving in, she said that it’s kinda neutral with her she doesn’t really care about the new people but she won’t hate them without a valid reason. She is a credible source because she has been living in Oakland her whole life and have seen what it used to be and compare it to how Oakland is now.

Lynda Carson is an activist in Oakland who stands up for housing rights. She has made articles about housing problems and believes that housing is a human right.

Katayama work had appeared on NPR’s Morning Edition, All Things Considered, The Takeaway and Here and Now. He earned his MA for Journalism Columbia College Chicago and made stories on Chicago’s homeless youth. He has also won awards from Associated Press and the Society of Professional Journalists.

Mark Hedin has been in the journaling industri for up to 18 years. So you could say that he has a lot of experience. He has been an instructor since 2000 and his education comes from San Francisco State University. Some of his work involves Oakland and homelessness in Oakland.

Dave Roos has been making articles to HowStuffWorks since 2007. He has attended Duke University in North Carolina and earned his BA in comparative religious studies. He has also published articles to The New York Times, the Los Angeles Times and Newsweek about Mexican food and culture.

Dear Adri,
I am speechless by your post, ¨Gentrification Could Be Hurting Oakland¨, because I am actually doing my senior defense specifically on this topic and it really helped me and gave me some ideas that I can also talk about. You wrote this post really well and used good grammar and vocab. I also, really liked that you provided sources in order to make your thesis stronger and really prove your point. One sentence you wrote that stood out to me is, ¨But this will be already breaking up communities in Oakland that have been here and grow up together. And in places where I live, nothing is happening with the city cleaning up parks and cities. It’s still the same old park with busted up swings and slides.¨ This stood out to me, because I totally agree with you, there has not been no change in the places that need fixing, but they have been getting rid of small businesses owned by people of color. Thanks for writing. I look forward to seeing what you decide to write next, because you wrote this really well.

Dear Lisseth,
Thank you for commenting on my post, I really appreciate it. If you need any help on your senior defense I could help and we could talk over youth voices. Message me if you want. I wish good luck on your defense.

I agree that Gentrification is a big problem here in Oakland and in other placed but here in the bay area is a problem that is starting to come in over our heads. Something that really stood out to me in your blog is when you interviewed the person from Baypoint when they said, ¨One of the reasons we moved out was because of rent¨(Anonymous). I can relate to them because I rent and it can definitely be really hard at times when you owe someone money and it can definitely get overwhelming. Love the way you explained this gave me a wider view of what gentrification looks like here in Oakland.

Dear Adri,
Thank you for having me read your work. I liked the fact that you included West Oakland, and not Oakland in general. I see and like how you were talking about how people that are moving out, and how they are either moving to another city or are being homeless. Being homeless might be hard for some people to take in because they feel like they need to move farther to get a good job with better income and cheaper houses or apartments. One sentence that stood out to me is “Oakland’s unsheltered homeless population grew 37 percent over a two-year period”. This stood out to me because it shows how raising rents can gather people to be homeless and 32 percent is a lot of people. Thanks for your writing. I look forward to seeing what you write next, because you show really important reasons of what is happening because gentrification with Oakland rents are rising.
Sincerely,
Mario Garibay-Hernandez

Dear Adri,
Thank you for making me read your work. I am impressed with your blog about gentrification in Oakland. One sentence that sentence that stood out to me the most was “West Oakland residents are worried that they will one day have to sleep on the streets. Whether it be from not being able to pay rent or mortgage on time, or the house prices in Oakland are too high people are getting kicked out with nowhere else to go.” because what your saying is true. I agree with the message your trying to say on gentrification in oakland. Thank you for writing. I look forward to seeing what u write next because your a really good writer and you could publish some good blogs.