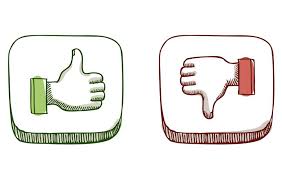 Genetic Engineering in agriculture is the process of manipulating an organism’s genetic material—including genes from other species—in an effort to produce desired traits. I stand for genetic engineering in agriculture because there are many pros people should consider positive such as having plants improve resistance against plant disease or drought, crops with increased nutrient levels, and rapidly improve crop production.

Having plants become resistant to plant diseases or drought are good effects of genetic engineering because there will be more plants that can be preserved, and taken care of. Taking care of these plants/ crops will help the economy because money will go around to those who profit and buy the crops. Also, having these plants resistant from droughts will help society as a whole because people wouldn’t be hungry, since there will be crops left to eat. According to the Union of Concerned Scientist, they stated that having crops tolerate droughts, produce more useful chemicals and they further on reduce the use of pesticide. Crops will also increase the nutrient levels, which will further on benefit people because they will be healthy. Furthermore, by quickly enhancing crop production, businesses will prosper because they will have surpluses. Also, because of the surplus, foods/ crops will be accessible for people to eat it.

A law implementation is required for genetic engineering in agriculture to be regulated. Plant GMOs are regulated by the US Department of Agriculture’s Animal and Plant Health Inspection Service under the Plant Protection Act. GMOs in food, drugs, and biological products are regulated by the Food and Drug Administration under the Federal Food, Drug, and Cosmetic Act and the Public Health Service Act. The United States does not have any federal legislation that is specific to genetically modified organisms (GMOs). Rather, GMOs are regulated consistent to health, safety, and environmental legislation governing certain products. Before this application is freely implemented, I believe more research should be done on the effects of specific genes because it has been limited, and tightly controlled by the industry.

Ilda, your argument was very compelling! I think a great support would be acknowledging the opposing side of the pro-GMO argument, what they are saying, and why they are saying it. Many of those in that party believe that GMOs can be damaging to the health of those who consume them, and this is a very common misconception. I suggest the following articles to support this argument in your possible antithesis: https://www.usatoday.com/story/tech/2016/05/17/gmos-safe-academies-of-science-report-genetically-modified-food/84458872/
http://time.com/4338702/gmo-human-health-safety-genetically-modified-crops/
https://www.forbes.com/sites/gmoanswers/2016/05/20/gmos-are-safe/#69000a18223d

Hello Ilda. I loved how you went very in depth in your research to support your stance. I agree with the idea that GMOs induced produce are good in the sense that they can me modified to resist any climate, but what harmful effects can it have on the environment? In my research I discovered that many pollinators such as bees and monarch butterflies are being affected and are killing off these insects that benefit our environment. How can we prevent for for these pollinators to be affected?