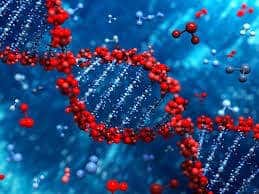 Genetic engineering plays a big role when it comes to the medical field.  Engineers have been experimenting on plants to produce larger amounts of hormones, vaccines, medicinal drugs, and enzymes.  All in all they are trying to make ways to produce healthier individuals.  The upside to gene therapy is that it helps treat cancer and genetic conditions. Also helps in treating several other diseases such as cardiac conditions, ALS, Huntington’s disease, fibrosis, and a few other conditions can be cured by gene therapy.  Now, the downside to gene therapy is that if there is some type of mutation this can harm a human more than expected.  Also it can create new allergies that you never had and some say it’s modifying god’s creations which he did not want. Lastly in human cloning can tamper with the diversity of human genetics. Most of people worries come from what happens if the gene therapy fails and something tragic occurs.  Some worries also are has this ever been successful, or even don’t belive genes can be physically changed. Ethically lowered income people are not happy with this experiment because they believe the study will take money from them reducing their insurance.  Depending on the complexity and nature of the test, genetic testing can range anywhere from $100-$2,000.