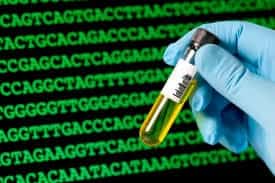 Over the course of the researching process, I have learned a lot about my topic of genetic engineering and have been able to formulate a stronger point of view on the subject, as well as lots of knowledge regarding the different sides of the discussion.

I started out with a vague inkling as to what I wanted to say, and which side I was on, but I wasn’t so sure as to any strong evidence to really support the information that I had come across somehow, and I couldn’t really refute the opposition as I was talking, because I had no idea what their thinking was or what they used for evidence to support their side.

So once I got into the research part of it, I started to learn more about the subject, I started to come across the many different layers and complexities surrounding the entirety of the development of the technology. I learned about all the specific ways that scientists are utilizing the different forms of genetic engineering technology, in all sorts of far out fields.

They are working with trying to combat disease through engineering human cells in labs to show the effects of certain diseases to study the disease more in depth, and how it affects the human cell without having to depend on a living sick person. They are also working to engineer animals to test the diseases for their causes or trying to get rid of diseases by getting rid of the animals, such as mosquitos carrying malaria or Zika, that carry the diseases.

They can also use genetic engineering indirectly modifying DNA to get rid of genetic diseases that can be plaguing people, or controlling animals to learn more about the brain. They can also take to agriculture in modifying plants to be more efficient in growing food, being more nutritious, and more environmentally friendly, which are very important concern that scientists are trying to combat for the near future. But along with these positives that came from genetic engineering, I also came to see, and understand, some of the concerns that people have over the use of such technology.

The fears of who controls it, what things can be done with the technology, and the ethical and moral issues that come with such power and ability to alter the very makeup of what an organism is. This gives me a more in depth view of what has been in the discussion for a long time, and how more I can contribute to this. But I will still have to look into a survey of what people still think in the present about this topic, and what the views are outside of the US since many other countries have their own very distinct views on this topic that might be different from how the US views genetic engineering

I believe making a survey about genetic engineering was a great idea, there are so many people out there with different beliefs. I just have to wonder how consistent the procedure is on humans? Since you have researched about genetic engineering, could you share your opinion based off what you learned? Another thought that I had is could modifying our genes cause another mutation, could the tweek in our natural genes cause another man made disease? Yes, the procedure can help prevent possible defect in an organism, but is it as safe as we think it is? Reading from https://www.livescience.com/50599-gene-editing-human-embryos.html, theprocess of modifying the human genetics seems like a complex process. Although it seems that it takes effect, the scientists worry about the unhealthy mutations it’s caused.
”They can also take to agriculture in modifying plants to be more efficient in growing food, being more nutritious, and more environmentally friendly, which are very important concern that scientists are trying to combat for the near future.” I am glad that you have taken into consideration of the cons of GMOs when it comes to food, I believe that it’s good to make food more nutritious. I also think it’s not good to tamper with nature until it causes diseases not only for humans but nature as well. Learning from this article http://nutritionstudies.org/gmo-dangers-facts-you-need-to-know/, I have to worry about whether people can tell if there’s GMOs in there food if some companies don’t know themselves. Some foods might not be labeled and that could be potentially dangerous to some people.
”They are also working to engineer animals to test the diseases for their causes or trying to get rid of diseases by getting rid of the animals, such as mosquitos carrying malaria or Zika, that carry the diseases.” I worry that modifying animals would be too far, the tampering of genetics of our food is not something that would be smart. The animals could develope a man made disease that could affect the person who is eating them. I hope to see more of what you think about this topic. I find it very interesting and I hope to see how your research paper turns out as well. I also have to ask, do you want to be a bio-engineer?

HI Thaarini.
I totally agree with you about all the benefits this science will provide us, all the diseases we can get rid of, and all the people we would save. I recommend you to focus on the negative side of it too: This science can lead to a massive amount of modified soldiers by altering the DNA of those soldiers. some may that it is unethical to modify nature and play to God.

Genetic engineering opens up many doorways a possibility in the scientific realm. While you would be able to kill mosquitoes and stop malaria and the Zika virus, it is easy to forget how fragile our ecosystem is, even just killing one population of animal could have devastating effects. I’m glad you talked about this issue as it it such a polarizing one.

This is a really interesting topic because it could cure numerous diseases but this kind of research also has serious implications of what we should do with this technology. It is well written since it talks about the benefits of this research. And how this research is being used to help advance medicine. It also covers the drawbacks and the potential dangers of the new technology.

I think this topic is very interesting, and you did a good job of addressing both the pros and cons of genetic engineering. However, there were a few things I was confused about. When you said, “trying to get rid of animals,…, that carry the diseases.” Do you mean terminating a whole species to cure the disease? If this is the case I think you need to address the ethical and environmental issues that come along with that. Another thing I was confused about was when you said,”controlling animals to learn more about the brain.” Did you mean changing the animals thought process or using animals to test for a cure.

Hi Thaarini,
This is a really cool topic, and I can’t wait to hear more about your research and possibly even read your paper too! This is a very relevant topic, especially because the topic of cloning is coming up in many countries and that ties in perfectly with your topic of genetic engineering and its controversies.

Thaarini, I really like your topic. I don’t know where I stand with genetic engineering, probably because I don’t know a whole lot about it. I think in some ways it can be helpful, but then I can also see the argument against it. Do you think that the pros will outweigh the cons?